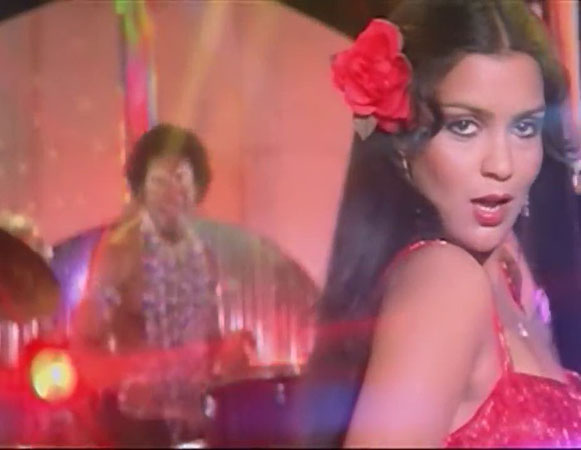 The makers of Ayyushman Khurana’s upcoming film An Action Hero released ‘their version’ of Nazia Hassan’s iconic song and people are not happy about it.

Bollywood apart from having incredible singers and songwriters and their talent for creating original songs, has yet again opted for ruining a classic song and that too by a Pakistani singer.

The song was featured in the 1980 Bollywood movie Qurbani starring Vinod Khanna, Zeenat Aman, and Feroz Khan in the lead roles.

At age 16, Nazia Hassan became the youngest and the first Pakistani-born female playback singer to win a Filmfare Award for her performance on the song Aap Jesa Koi.

The lyrics of a new version of the song are written by Indeevar, and Tanishk Bagchi and is sung by Zahrah S Khan and Altamash Faridi.

Soon, the song went viral and fans of the queen of pop simply questioned Bollywood as to why there is a need to ‘remix’ the classic song and ruin it.

One person said that without Hassan’s voice, the song is ‘unimaginable’ and another said that Bollywood absolutely ruined a classic song with their sh***y remix.

A user said, “This song is by legend Nazia Hassan and will be hers forever!”