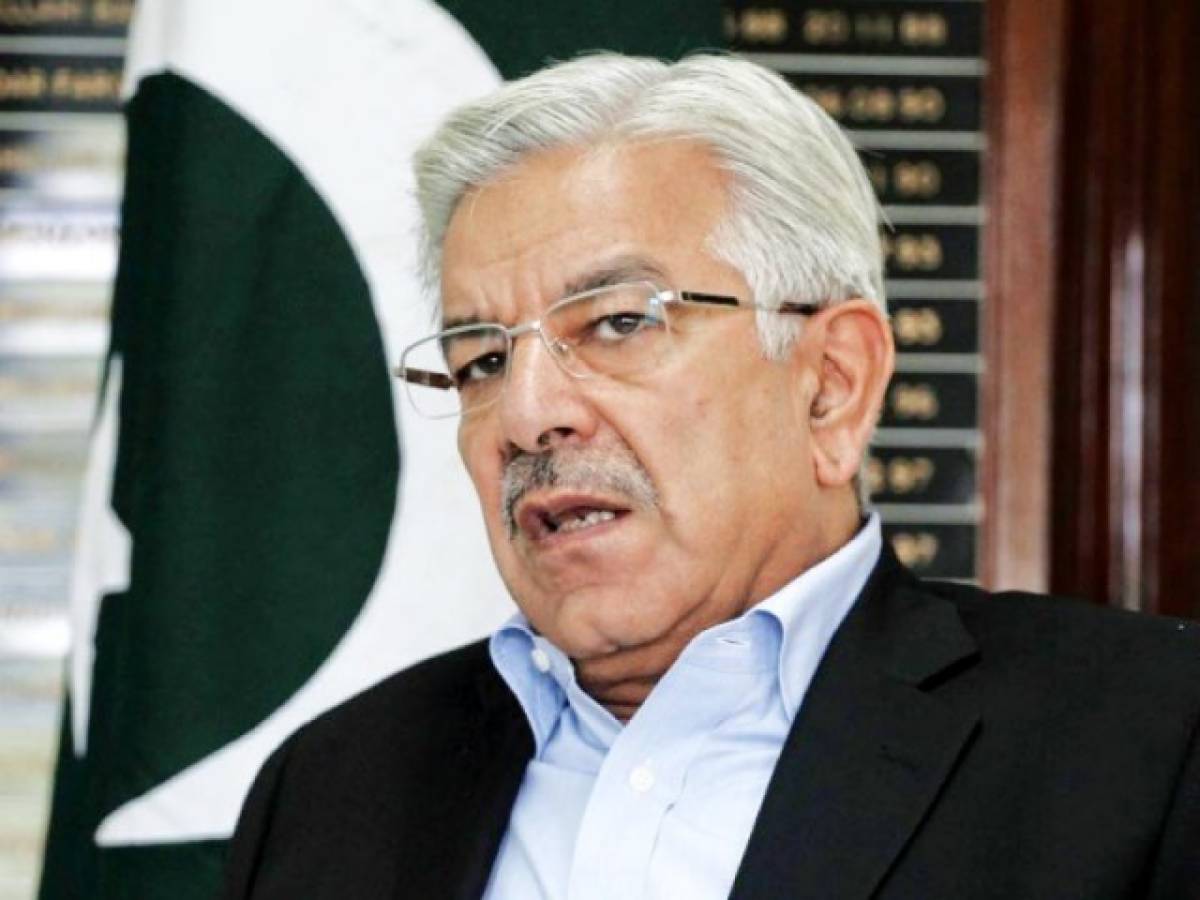 Defence Minister Khawaja Asif said Thursday that leaders of the PTI have hinted at securing a face-saver to conclude the ongoing long march — as the government and the party remain at loggerheads.

Minister said PMLN parliamentarians have had some informal contacts with their PTI counterparts, and it has emerged from these interactions that they needed a date for the election that would help them end the protests.

But stressing his earlier stance, the defence minister said if the PTI gets a date for the general election through agitation, it would not set a good tradition.

On the appointment of the military officials, the minister said it was for the first time that PTI Chairman Imran Khan’s advisers had given him the right advice.

He added the PTI chief is gradually becoming realistic as he first absolved the US of the conspiracy charge and then went on to soften his stance about the establishment.

His only complaint with the establishment now is why did it not help him survive the not-trust move, the minister added.

Uncertainty surrounding key appointments in the military ended Thursday evening after President Arif Alvi signed the summary and approved the appointment of Lieutenant General Asim Munir as the next chief of army staff and Lt Gen Sahir Shamshad Mirza as chairman of the joint chiefs of staff committee (CJCSC).

When asked that all army chiefs appointed by the PML-N governments eventually had better relations with Khan, Asif said politicians should stop thinking that the army chief would be their man.

He said Feroze Khan Noon himself had stated that Gen Ayub Khan had betrayed him despite the fact that he gave him a one-year extension on the Turkish premier’s recommendation.

Asif further said when Finance Minister Ishaq Dar met President Alvi, their discussion was completely about the economy. They also discussed developing an economic agenda having an all-party consensus. The finance czar had met President Alvi just a week back.