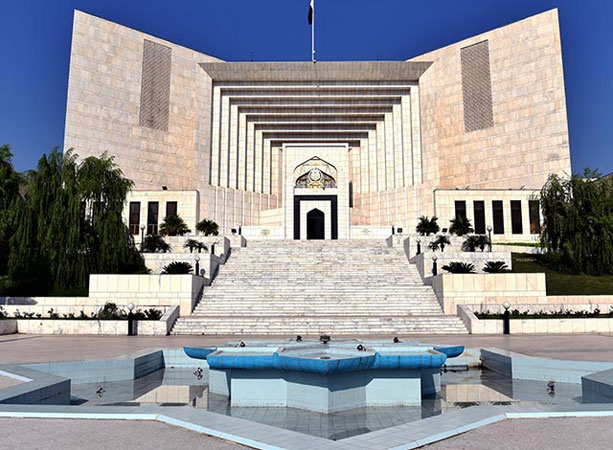 The Supreme Court on Wednesday adjourned the hearing of the presidential reference on the Reko Diq agreement till today (Thursday) with the chief justice observing that the government should go according to the international laws while carrying out the project.

He said if any strategic minerals were recovered from the Reko Diq project, the government could take them for free. If the land was acquired, the payment would be made by the company while the government would provide the facility, he added. He said that the construction and maintenance of the main highways would be done by the government, while the construction of the road from Nokundi to the project would be constructed by the company. The highways would be used not only by the project but also by the general public, he added.

Ali Khan said that the provision of security at the border, province, and district would be the responsibility of the government, while security within the project would be the responsibility of the company. The cargo from the Reko Diq project would be crushed and delivered to the port through a water line, he added. He said that one percent of the construction of Reko Diq project and 0.4 percent of the annual income would be spent on social partnerships. 7500 jobs would be created on the construction of Reko Diq project and 4000 on operations, he added. He said that the company wanted to make the Reko Diq project fully transparent and compliant with the law. If the government withdrew any exemption, it should do so openly through public notice and not in secret, he added.

He said that the results of the many steps taken to improve the justice system of Pakistan would be seen after some time. Advocate Makhdoom Ali Khan said that many countries had appointed legal advisers in the Ministry of Foreign Affairs to resolve investor disputes. The chief justice said that when disputes reached international forums, resolution took a lot of resources. Advocate Makhdoom Ali Khan said that the agreement was reached on the Reko Diq project after three-and-a-half years of negotiations at all levels. The chief justice said that the government should establish a mechanism for out-of-court settlement of all investment-related disputes. The biggest problem in Pakistan was lack of business documents, he added.

He said that the international debt had increased without producing the necessary resources in the country. The Financial Action Task Force (FATF) also stressed transparent investment and transactions in Pakistan, he added. He said that the proposed legislation would open a new pandora box if no foreign investment limits were set. After lawyer Barrack Gold Company Makhdoom Ali Khan’s arguments, Additional Attorney General Aamir Rehman started arguments on the second question of the presidential reference on the Reko Diq project. He said that the second question in the reference was related to the conflict of fundamental rights of the Foreign Investment Bill, 2022. Under Article 144 of the Constitution, the provinces could amend the law made by the federation, he added.