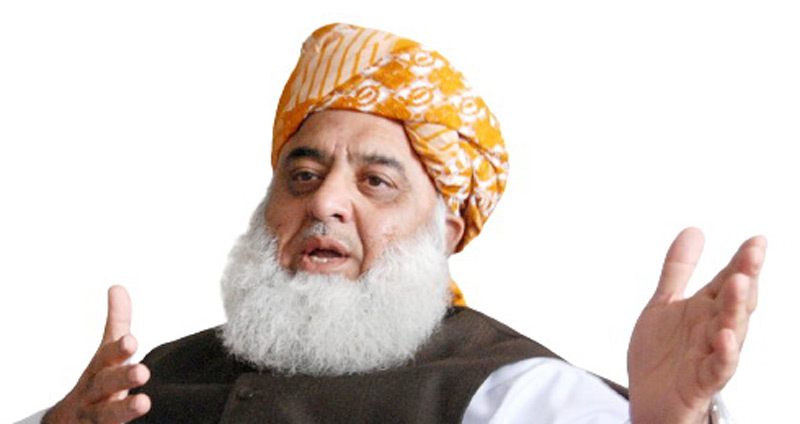 Jamiat Ulema-e-Islam Fazl (JUI-F) Chief Maulana Fazlur Rehman Wednesday said Pakistan Tehreek-e-Insaf (PTI)Chairman Imran Khan’s divisional politics was an impediment to unity among the nation. Addressing to media here, the JUI-F chief continued to criticize the PTI chief, saying that the country was being dragged towards a quagmire as the allegations were being levelled after “destroying the country’s economy”. He said Pakistan was being pushed towards difficulties, which made it lag behind in the comity of nations economically.

He said the coalition government was trying to revive bit-by-bit the ties with other countries “damaged by Imran Khan”. Fazl said due to prudent policies of the coalition government, rigorous monitoring and effective implementation of the given tasks, the Financial Action Task Force had removed Pakistan from the Grey list. The country was now moving towards an ‘interest-free’ banking system under Islamic law by 2027, he maintained. Regarding the PTI’s long march, Fazl made it clear that nobody would be allowed to play with Pakistan at all costs, adding that it was a complete flop show. To a query, he said Imran Khan was giving statements against the armed forces, adding the “PTI chief would not be allowed to destroy the national institutions as the JUI-F would defend the country’s geographical boundaries”.