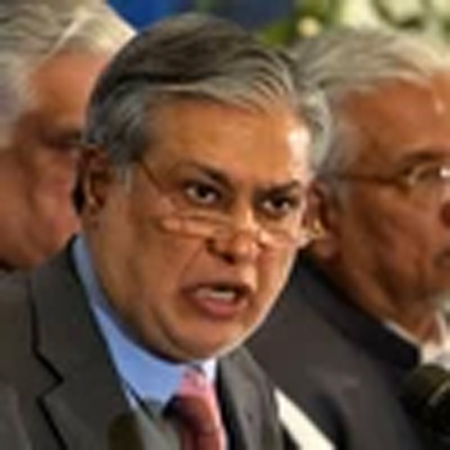 The minister declared during a news conference in Dubai that Pakistan would strive to buy oil from Russia on comparable terms to those that India has with the oil-producing nation.

He claimed that when he met with US State Department representatives, the issue was discussed and it was made clear to the US authorities that they could not prevent Islamabad from purchasing oil from Moscow because their neighbour, India, was also doing so.

“In the next few months, you will see the government is taking important steps in this regard,” added the finance minister.

Moving on, Dar slammed PTI’s government for sinking Pakistan’s economy in their four-year tenure, saying that economy faced a negative impact when the dollar spiralled due to Pakistan’s decision to move to a market-based exchange rate.

“The economy was destroyed in four years. Pakistan was on the verge of becoming a Sri Lanka instead of Singapore,” he said.

The minister went on to say that the incumbent government would take different measures to boost the economy.

Dar added that the change of government was decided to save the state and the incumbent government was trying to provide relief to the people, in addition to controlling fuel prices.

While commenting on the rising dollar rates before he took over as the finance minister, Dar said the country’s debt increased by Rs4 trillion. He promised to maintain a balance between the price of the dollar and the rupee.

“We will try to depreciate the dollar below Rs200. Our government is determined to improve the rupee’s value against the dollar,” the minister said on plans to ensure currency balance. The finance minister said Prime Minister Shehbaz Sharif is implementing economic reforms to bring the economy back on its feet.

“We will complete the IMF programme. Around $32 billion to $34 billion are required for the current financial year. We hope to collect the amount,” Dar said speaking about the funds to be received from global financial institutions.