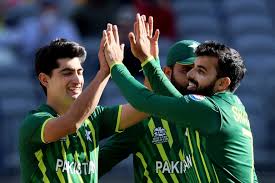 After domination in their respective semi-finals, both Pakistan and England would be eagerly waiting for the final to begin in Melbourne. However before the game could begin, it would have to fight the weather as there are forecasts of heavy rainfall throughout the day. There is a provision for a reserve day, but even on the reserve day, the rains would continue. However, Melbourne’s weather is unpredictable.
It is going to be a repeat of the 1992 ODI World Cup final. That was also the first time that ODI World Cup was held Downunder and this is also the first time that T20 World Cup is being held in Australia. And both times it is P[akistan and England who have made it to the final. Last time around the men in green won it. Who will it be this time around?