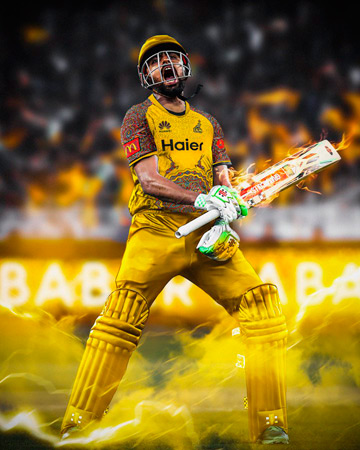 LAHORE: Pakistan all-format captain and the most successful batter in the history of the Pakistan Super League (PSL), Babar Azam, will don Peshawar Zalmi colours in the eighth edition of the PSL. With 2,413 runs under his belt in 68 matches, the prolific right-hander is the all-time highest scorer of PSL. Babar represented Islamabad United in the inaugural edition of the PSL. Before PSL 2017 players’ draft, Babar was moved to Kings. Since then, he represented the Kings in six PSL editions and also captained the franchise this year. The tournament will run from February 9 to March 19 next year and will be played at four venues – Lahore, Karachi, Rawalpindi and Multan.

In one of the biggest trades of the tournament, 2017 champions Zalmi snapped Babar in the Platinum category and the first pick in the supplementary round for Haider Ali and Shoaib Malik who move to Karachi Kings, the winners of the 2020 edition, in Platinum and Diamond categories, respectively, before the trade and retention window closed on Friday evening. During the trade and retention window, a side can assemble up to eight players before the PSL Player Draft, in which it can increase the squad side to 18 players – three each in Platinum, Diamond and Gold categories, five Silver, two Emerging and up to two Supplementary categories.

Meanwhile, leading T20 cricketers from around the globe have registered themselves for the PSL Player Draft 2023. Four hundred and ninety-three players, of which 29 are in the Platinum category and 81 in Diamond from both full member and associate nations, have made themselves available for the player draft. The maximum number of foreign players to register are from England (140). The next on the list – from full members – are Sri Lanka (60), Afghanistan (43), West Indies (38), Bangladesh (28), South Africa (25), Australia (14), Zimbabwe (11) and Ireland (nine).