PTI to now resume long march from Wednesday, not tomorrow 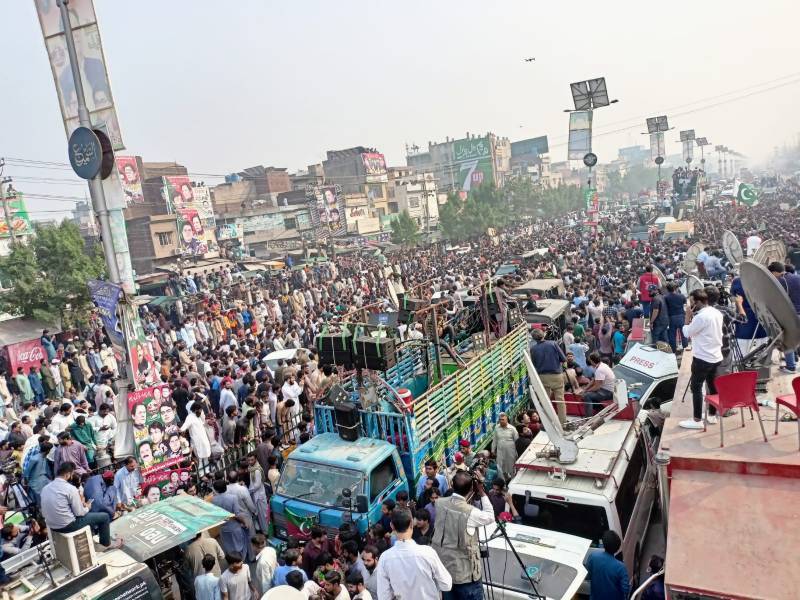 Pakistan Tehreek-e-Insaf (PTI) has again delayed the resumption of the long march for one day that was supposed to resume from Tuesday.

According to the PTI leader Fawad Chaudhry, the party’s long march to Islamabad will resume on Wednesday at 2pm.

Earlier, Chairman Imran Khan announced Sunday that his party’s long march will resume on Tuesday (November 8) from the “same place where he was shot in Wazirabad.

“I fully believe that these three have done this (attack) through a conspiracy. It’s my right [to register case]. I’m the leader of the biggest political party and ex-PM and if I can’t get his name in the FIR then I ask what [rights can be expected] for the nation and for the common man?”

However, he said that a “free and fair probe cannot take place as those he holds responsible control all the agencies.”

“How can we have an impartial and fair investigation? It cant happen. That’s why I asked them to resign so the investigation can be fair.”

However, the Islamabad Police says that action will be taken against individuals who demonstrate in the capital without permission from the government.