“Will beat you in your own constituency”: Imran Khan challenges Nawaz Sharif 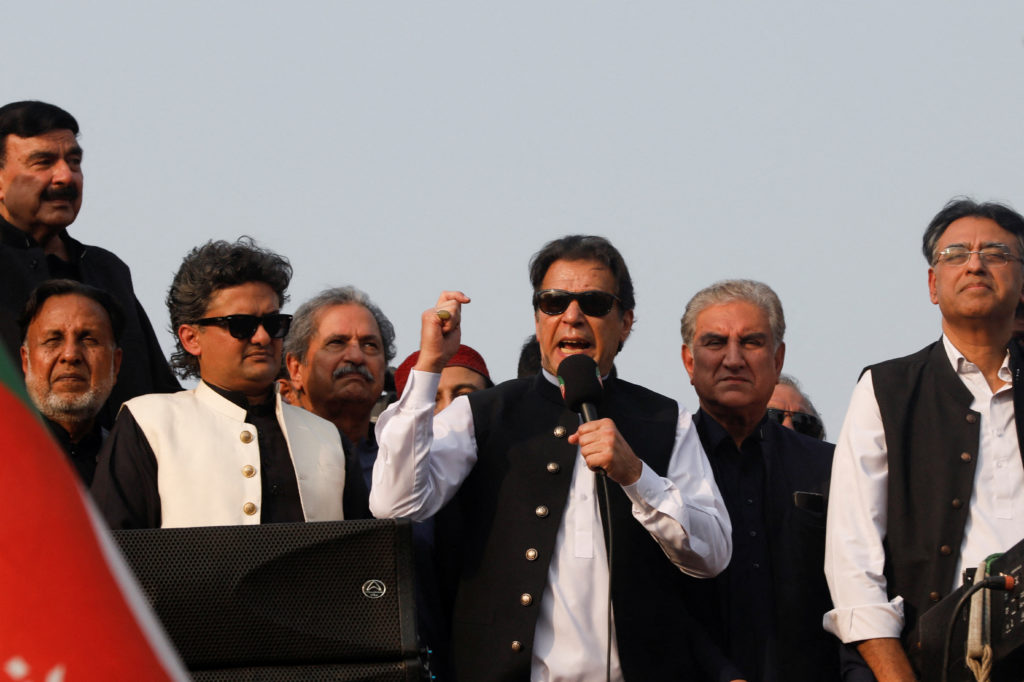 PTI Chairman Imran Khan is leading the long march toward Islamabad with the party and the government still at loggerheads.

“Nawaz Sharif, I challenge you, when you come back, I will beat you in your own constituency,” said Imran in his speech.

While attacking PPP co-chairperson Asif Ali Zardari, Khan said that he will now go after former president.  “Asif Zardari get ready for my arrival in Sindh,” he said.

Khan said, “I am coming after you to Sindh. People of Sindh needed freedom the most.”

Meanhwile  Shah Mehmood Qureshi said the government was trying to make the long march look negative. “PTI workers and citizens are not going to shed blood and are advancing peacefully,” Qureshi said.

PTI leader Fawad Chaudhary Tuesday laughed off Nawaz Sharif’s statement that long marchers were no more than 2,000 and that the PTI’s demands should be given a deaf ear.

“If we are so small in number then what is there for them to be scared of, anyway?” Fawad said. “If we are just 2,000 then let us come to Islamabad. Why are they shaking in their shoes?” “You will have to bow down to the people of Pakistan,” Fawad said.

Former National Assembly speaker Asad Qaiser claimed that the PTI will be leading a convoy of 150,000 people from Khyber Pakhtunkhwa.