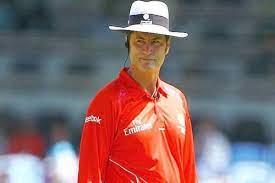 Renowned Australian umpire Simon Taufel has spoken out against the contentious final over of the T20 World Cup match between Pakistan and India on Sunday at the Melbourne Cricket Ground.

In the final crucial over, Pakistani pacer Mohammad Nawaz’s delivery hit the wickets and deflected, allowing Indian power batter Virat Kohli to be dismissed for a free hit.

In order to add three runs to their innings, Kohli and wicketkeeper Dinesh Karthik, who was on the other end of the strike, sprinted across the field in response to the same ball.

Pakistan captain Babar Azam and squad were upset at the umpires’ bye signals and checked if it was a dead ball. While the umpires dismissed the idea, a discussion across social media began after the Men in Blue were declared victorious in the mega game.

Taufel, too, shared his opinion on the matter and said that the umpires’ decision to signalling a bye was correct.

“After the exciting climax to the India v Pakistan match at the MCG last night, I’ve been asked by many to explain the Byes that India scored after Kohli was bowled off the free hit,” Taufel wrote on Linkedin.

“The umpire made the right decision in signalling Byes after the batters ran three following the ball hitting the stumps and rolling down to 3rd man. For a free hit, the striker cannot be out bowled, and therefore, the ball is not dead on hitting the stumps – the ball is still in play, and all conditions under the Laws for Byes are satisfied,” he said.

The final over of India’s slim World Cup win over Pakistan on Sunday had two separate controversial moments that had the fans of the losing side up in arms.

In the first instance, which occurred on the third ball of the 20th over, Mohammad Nawaz’s full toss was smacked for a six by Virat Kohli. To add insult to injury, the ball was deemed a waist height no-ball, although TV replays showed that it was a 50-50 call and Kohli was also well outside his crease, although his trailing leg was still on the line.

That was controversy number one and saw Babar Azam and Co approach the umpire for clarity.