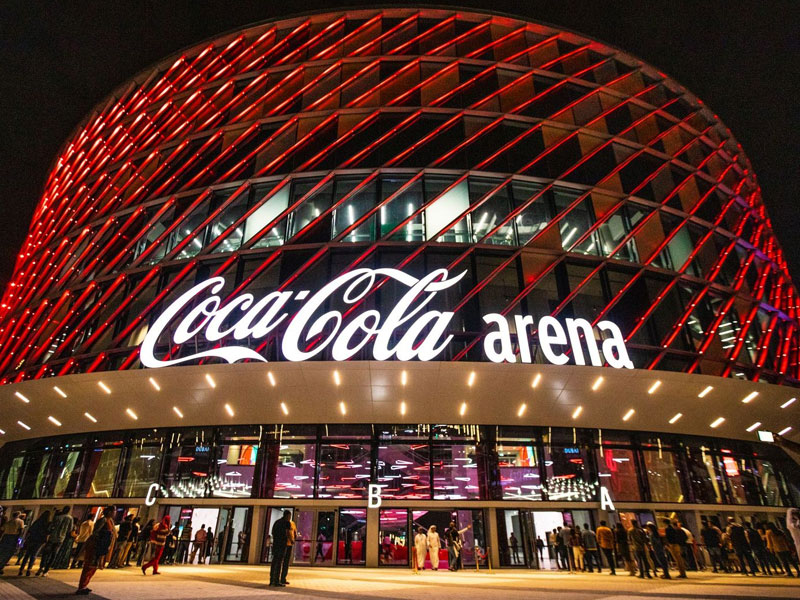 The Coca-Cola Arena in Dubai will host the first-ever Coca-Cola live performance on Friday, October 14.

It included performances from the well-known Quick Style dance team. Ali Sethi and Shae Gill also took the stage with the Quick Style dancers in a live Coke Studio performance in Dubai, UAE. Hasan Raheem and Justin Bibis, Faisal Kapadia and Young Stunners, the Karakoram and Young Stunners, Hasan Raheem and Justin Bibis will also perform on the stage.

Don't miss your chance to be at Coke Studio Live happening for the first time in the UAE at the Coca-Cola Arena. Only 2 days left! Grab your tickets now from: https://t.co/bVxIIgeJLX#CokeStudioLive #SoundOfTheNation #RealMagichttps://t.co/l3zDlrzpw5

The quick style is famous Norwegian hip-hop and urban dance group that got famous after their performance on Kana Yari song of coke studio season 14 as well as kala chashma. The crew has now reached 20 million followers on youtube and 2.4 million followers on Instagram.

Quick Style was formed in 2006 by the Pakistani-Norwegian twin brothers Suleman Malik and Bilal Malik, and their Thai-Norwegian childhood friend Nasir Sirikhan.

In July 2022, a video of the group performing at Suleman’s wedding went viral on social media. The full version of the video posted in their Youtube channel has gained over 77 million views as of October 2022.

The tickets are officially on sale on Coca-Cola Arena website.

Coca-Cola Middle East is also giving a chance to win tickets to Coke Studio Live on the purchase of a Coca-Cola special edition 330ml can.