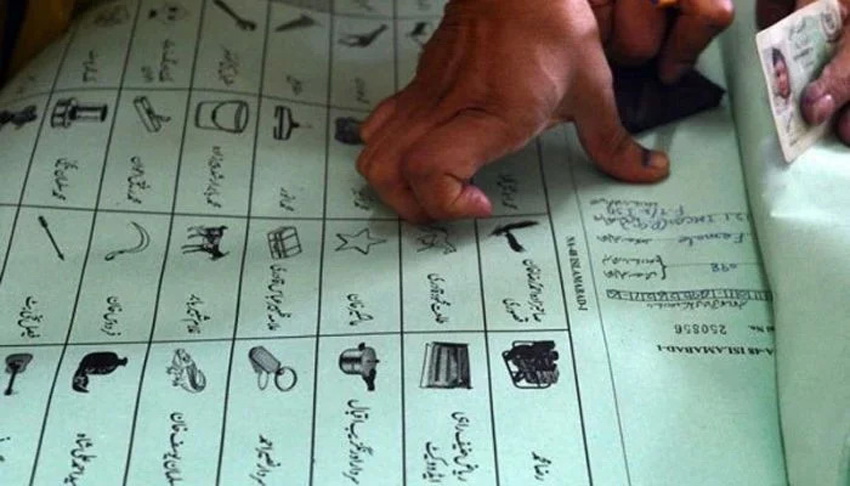 ISLAMABAD: Election Commission of Pakistan (ECP) has asked voters to check their registration status, on final electoral rolls published recently by the commission, by sending SMS to its service 8300, so that any errors in the voters’ lists can be rectified.

However, the enlisting of new votes, correction, alteration or deletion (of the votes) in the final electoral rolls would continue till the announcement of new general elections.

He said the commission has also updated its short messaging service (SMS) 8300 to assist the public with necessary corrections, alteration and deletion of votes on electoral lists.

According to ECP, the eligible voter should type his CNIC (Computerised National Identity Card Number) on his mobile without hyphen (-) and send it to 8300. On sending message , an automated response will be received indicating the name of the electoral area, block code and serial number.

He said that the updated voter lists have been displayed at the offices of district election commissioners and registration officers for the general public.

He said the ECP has established 2080 form-receiving centers. Voters can download Form-21 (registration or transfer of vote), Form-22 (objections or omission of the vote) or Form-23 (correction in details) and submit with the respective offices of Form Registration Officers and Assistant Registration Officers. One Window Service has been started in the offices of respective district election commissioners for vote enlisting in electoral rolls.