The writer is a freelance columnist and can be reached at sikandarnoorani@yahoo.com

Tragic crash of national airline’s passenger flight in Karachi multiplied the collective distress caused by number of unpleasant events taking place at internal and external fronts. Sudden loss of 97 precious lives just two days before Eidul Fitr swept a wave of deep sorrow across the country. This was not a normal smooth going Eid […]

Intentions and actions of the stakeholders matter more than the fancy words spoken for the solution of complex Afghan issue. However, the US is advising everyone to solve the differences through negotiations, it is obvious that advisor of peace itself has remained part of the problem. Zalmay Khalil Zad after meeting COAS in Pakistan visited […]

Observations raised by the Supreme Court over disappointing state of governance amid the pandemic have exposed the reality of fancy claims made by the federal and provincial governments. Those present in the court room were shocked once the honorable judge of the apex court revealed that hospitals in Lahore had taken bribe for placing the […] 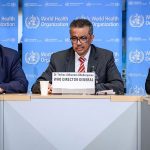 The worst global recession after Second World War predicted by World Bank amid pandemic might be lesser damaging to humanity than deep-rooted venomous collective behaviors. Unexpected fall of the flawless health care systems of Europe and the US against the invisible virus have rightly challenged the existing concepts of national security, which primarily cater protection […] 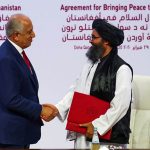 As predicted earlier, intra-Afghan dialogue is unfolding as the most complicated phase of peace process. Pre-condition of prisoners’ swap, due on March 10, is still unfulfilled. After a belated announcement of presidential election’s result, runner-up Abdullah Abdullah challenged the victory of Ashraf Ghani by conducting a parallel oath ceremony. Obviously, this deadlock has further discredited […]

As predicted earlier, intra- Afghan dialogue is unfolding asthe most complicated phase of peace process. Pre-condition of prisoners’ swap, due on 10th March, is still unfulfilled. Some positive acceleration on prisoners’ release is expected with recent arrival of 3 three member Taliban team in Kabul to proceed further with Afghan government. After a belated announcement […]

Spending on public welfare and development actually contributes to the internal stability of the state. Fault lines created by bad governance and poor statesmanship proved fatal for the country once exploited by archrival neighbor at a time of its choosing. Borders can only be kept intact once statesmanship is capable to fill-up or repair the […]

The deal between US and Afghan Taliban was eventually inked at Doha on 29th February! Despite many doubts about its future and success, the deal is being called a significant historic step towards restoration of peace in Afghanistan. Much of its success now depends upon intents and actions of the stakeholders!Undoubtedly, Afghan people are the […]

When a wall was being built in Ahmedabad to hide the untidy slum from the eyes of much awaited visitor Trump, why planners could not assess that the same news might spread like jungle’s fire in global village? Though, slum was successfully screened from the eyes of the guest, but like rest of the world, […]