Federal education minister Shafqat Mehmood on Tuesday announced that no examinations will take place in the country until June 15, amid a surge in coronavirus cases and deaths. The minister and the SAPM were holding a press conference related to Cambridge exam centres as well as the overall situation of infections in the country after […] 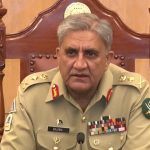 Chief of Army Staff General Qamar Javed Bajwa on Thursday said that amicable relations between India and Pakistan are important for unlocking the true potential of the South and Central Asian regions. While speaking at the first ever two-day Islamabad Security Dialogue COAS mentioned that this potential remained affected by the disputes and harsh relations […] 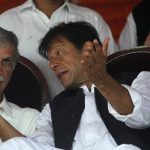 Minister for Defence Pervez Khattak issued a clarification on Sunday saying he was “indebted” to Prime Minister Imran Khan, a day after his speech in which he claimed that Imran Khan’s “government could not function even for a day if I wanted it [not to]”. Khattak spoke about the Opposition, saying that they respected him […]