A woman for the next secretary-general of the United Nations (UN)? Well, it’s a lot more complicated than that. There are other criteria in play as there is an unwritten rule that the regions of the world should take it in turns to occupy the UN’s top job. The East Europeans are saying it is […]

President Barack Obama has observed, “ISIL [Islamic State] is a direct outgrowth of al-Qaeda in Iraq that grew out of our invasion — an example of unintended consequences — which is why we should generally aim before we shoot.” Many of us, looking at the horror of the Iraq war, waged by the US and […]

If worst comes to worst and Brazil’s President Dilma Rousseff is deposed and her widely beloved predecessor, Luiz “Lula” da Silva, is discredited they will long be remembered for the ‘Bolsa Familia’. This is a government programme that has cut Brazil’s once appalling poverty rate by half and reduced the number of poor very sharply […]

The Brazilians have an elected president. They must keep her. If Dilma Rousseff is pushed to resign democracy has failed. Two years ago she won re-election handsomely. That is the source of her mandate, and from that she derives her legitimacy. The only thing that could topple her is if hard evidence emerges that she […]

In the 1970s there was a cult film, Midnight Express, directed by a young Oliver Stone. It was based on the story of an American who was sentenced to 30 years in a Turkish prison for smuggling drugs. It showed in stark reality an abysmal lack of respect for human rights by the Turkish authorities. […]

Was the cultured and sophisticated Italian writer, Oriani Fallaci, speaking for the large numbers of working class people who end up being the ones who usually play host to immigrants, when she wrote in the leading liberal newspaper, Corriere della Serra, of her experience of trying to get rid of Somali immigrants living in a […]

Is Islam violent? ISIS in Syria and Iraq. In Pakistan, there is the Lashkar-e-Taiba, and the attempted murderer of the schoolgirl, Malala Yousafzai. Immigrant Moroccan men roughly pushing women and fondling them in the crowd in Cologne. Murderous bombs in Paris. Ayan Hirsi Ali, a Somali female author who was raised a Muslim, writes, “Violence […]

The British have a problem. A referendum on continuing membership of the European Union (EU) scheduled for June may lead to Brexit — Britain heading for the exit. Anybody with any knowledge of Europe’s war-like history knows this would be totally self-defeating. Writing in 1751 Voltaire described Europe as “a kind of great republic, divided […]

It has been two years since a mass of demonstrators brought down the centrist government of President Victor Yuschenko. We do not hear much about Ukraine these days, mainly because foreign journalists, not having too much to do — and often being freelance and therefore only paid by the number of lines they get printed […]

There are three schools of thought in US foreign policy, two you have heard about and a third that is relegated to the background. The first and arguably the most prominent is the neo-conservative. These people, in the days of the Soviet Union, were the rabid anti-communists who wanted to beat the Soviet Union into […] 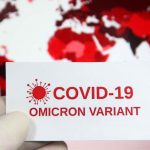 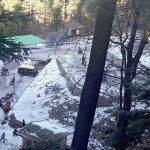 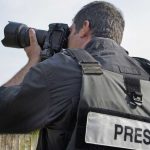 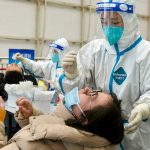 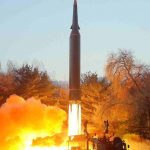