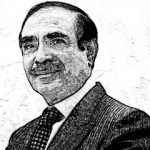 The Lone elephant Kavan kept in captivity by Islamabad Metropolitan Corporation in a zoo was given emancipation for setting it free into its natural habitat by the Honorable Islamabad High Court in its historical decision upholding the rights of the animals. The court held that animals in captivity at the Mrghzar Zoo in Islamabad have […]

Corona virus has resulted in sever economic, social and political crisis of global proportions of course stopped by the health crisis resulting in hundreds of thousands of lives. The worldwide lockdown has resulted in closure of entire business and trading sectors of the countries the educational sector has also suffered serious setback. it is estimated […]