Can USA and China defy ‘The Thucydides Trap’ (Part-II)

After the publication of the Part 1 of the essay I wanted to further dilate on the fault lines which could implode resulting in a military conflict between the US and China, but the feedback from readers and some of my learned friends wanted to know my conclusion on the main thesis of the essay, rather than the causative factors on which a great deal has been written. I therefore thought it appropriate to change my scheme of writing of this essay and to satiate the anxiety of my readers. Therefore I would go straight on factors which can help the two Global Powers to “ Defy The Thucydides Trap “ The Two Sides could find convergence in the very issues which are considered to be contentious, i would briefly touch upon these issues.

South China Sea :It is in the interest of China as well as the US that these Vital sea lanes remain peaceful and open to trade,which have brought prosperity to China and all other peripheral countries, and China is the biggest trading partner of all of these countries. Also, any further Militarization of the South China sea would result in Japan revoking its Pacificit Constitution and joining the US led anti China grouping in South East Asia. The US Military as well as other countries of the region would also like Japan to continue to be a Pacifist Nation.

Korean Peninsula : My assessment is that the USA and China would prefer a Non Nuclear Korean Peninsula and in the long term a Peaceful Reunification of the North and South Korea.

The cost of a military conflict in terms of loss of human life and material is too dreadful to imagine, given the array of deadly weapons the two global giants possess, on land, Air, Sea, space, Cyber and Electromagnetic field

Taiwan : The US had taken in principle decision of “One China” Policy in 1972, when it recognized mainland China and PRC took the Seat at the UN Security Council. The US has to realise that Taiwan is a question of Chinese Identity as a Nation and any unilateral declaration of Independence would inevitably provoke into use of force to change the status quo. However,China is aware that annexation of Taiwan by force would also invite US Military retaliation, therefore it would not take that drastic and potentially destructive unilateral decision, and would take traditional Chinese long term view on this sensitive issue.

Hong Kong: Although of late the agitation against the new security law and protest politics in Hong Kong and US statements supporting protestors as well as imposing travel restrictions on Communist Party Members by the US, has Created rift on this issue between the two countries, but in the long run the two sides are likely to adopt realistic policies and could find middle ground on Hong Kong, when the overall ambience of US -China relations improve, perhaps after the US elections if the results end in change of guards at the White House.

The Two Sides could find convergence on the very issues which are considered to be contentious, provided the leaders in the two countries marshal moral courage, wisdom and vision and most of all draw lessons from the Thucydides files of 500 years during which 16 wars between the ruling powers and rising powers resulted in destruction of both the antagonists and there were no winners in all of these wars The cost of a military conflict in terms of loss of human life and material is too dreadful to imagine, given the array of deadly weapons the two global giants possess, on land, Air, Sea, space, Cyber and Electromagnetic field. However the cold war between the two antagonists could manifest in an intense Trade War, cut throat duels in Cyberspace, Outer Space, Advanced Technologies and Propaganda.

A ruled based New World Order based on collaboration and cooperation, rather on competition has to be pursued and established,

where a citizen is at the center of all national and international endeavours. This world can not afford a war between the two Global Powers. We still have half of the world population i.e. three billion people living on less than us$2.5 per day. At least 80% of Humanity lives on

less than US$ 10 a day, The poorest 40 percent of the world’ s population accounts for 5 percent of the global income. According to a heart wrenching report of UNICEF 22000 children die EACH DAY in the world due to POVERTY. 600,000 deaths and over us $13 Trillion economic losses, over 10 Million out of work, and we are still counting the death and destruction caused by Covi-19. The world Cries Out for LIFE and LIVELIHOOD, AND I hope the two Powerful Capitals as well as other centres of Power of the World are listening.

My firm belief is that human ingenuity, and an innate instinct for survival would prevail. therefore, I am “cautiously optimistic “that the two Great Global Powers would avoid a kinetic war, and “Defy the Thucydides Trap”. 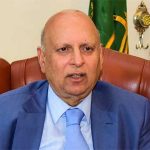 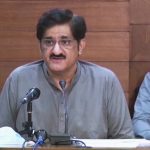