The writer is the Ibn Khaldun Chair of Islamic Studies, School of International Service, American University, Washington, DC, and author of Journey into Europe: Islam, Immigration, and Identity

Islamic history, Shiahs maintain, began to go wrong when Hazrat Ali, married to Hazrat Fatima, daughter of the Prophet, was not made the first Caliph after the death of his father-in-law. To make matters worse Hazrat Ali was assassinated. Hazrat Ali’s two sons, Hazrat Hassan and Hazrat Hussain, following in their father’s footsteps, opposed tyranny […]

My life quickly settled down into the regular rhythm of my posting in the Peshawar secretariat as the Deputy Secretary, Home and Tribal Affairs Department. It was the typical 9 to 5 monotonous bureaucratic routine. What happened in East Pakistan appeared far away and unreal. No one seemed to be interested in that part of […]

On arrival in Karachi, I tracked down General Yaqub who was living under a cloud and there was talk of court-martial. His house was watched but I went straight in and asked to see him. He entered the drawing-room and greeted me warmly. His first words were, “How long do we have?” “Six to eight […]

Then out of the blue, my chance came. I heard on the radio that General Yaqub Khan had been appointed the Martial Law Administrator, MLA, for East Pakistan, He was a family friend, a sort of uncle, but how do I send him a message? Inundated with urgent matters of state would he even heed […]

Into 1971, there was one thing I knew for certain in East Pakistan: a tsunami of ethnic violence was heading my way and unless I moved out of its awful path, there was no chance of survival. But there was a catch. Moving out of my jurisdiction meant obtaining permissions not easily given. In 1971, […] 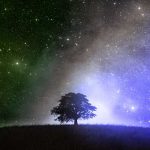 My name is Buraq From lightning or radiance And I am both; Half angel, half horse, half bird I am not an angel nor a horse Yet I am both. Poets have written verses about the beauty of my face The luminosity of my eyes and the span of my wings which is that of […]

With his hopeful and inclusive vision of life, Adel Dajani is a natural-born ambassador between the West and the Arab world. The circumstances of his life have conspired with his temperament to create a man equally comfortable in both worlds. Too often the Arab street fixes on demagogues as its heroes. Thus, brutal and corrupt […]

Later, when I was posted as Assistant Commissioner in charge of Mansehra, and Major Shabbir Sharif was an instructor at the Pakistan Military Academy, Abbottabad, he would often join my guests for Sunday lunch. Arriving dramatically on his huge noisy motorcycle, he was the centre of attraction. The guests and my family adored him and […]

My legs ached, my mind was numb and I had a sense that my body had ceased to exist. I had been marching alongside the soldiers of the 18th Punjab regiment, all of us in full kit, since the early hours when it was still dark. Every step was an exercise of will. The march […]

After seeing off Prime Minister, I travelled with General Jamaldar, a member of the National Assembly from the Agency, on the way back from the agency headquarters. Tall, erect and always dressed in smartly pressed shalwar-kameez with an impressive tribal turban on his head (that made him look even taller), he was one of the […]