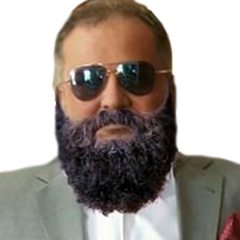 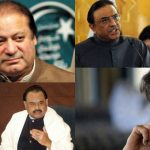 If you are a Pakistani civilian and someone who captures the imagination of masses and somehow able to convert that in votes, sooner or later you will be transformed in to a pariah. You will then either be assassinated outright like Liaquat Ali Khan, Fatima Jinnah, ZAB, Benazir Bhutto, Akbar Bugti or tagged as a […] 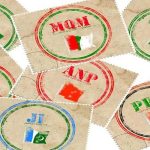 Mian Muhammad Nawaz Sharif Sahib is in trouble. This is the understatement of the year. But he has no one except himself to blame. Mian Sahib is notorious for putting people under the bus when his chips are up and gets burned for this folly when push comes to shove. This has happened far too […] 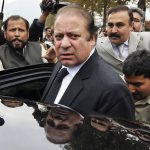 As a democrat, it’s absolutely disconcerting the unceremonious manner in which Nawaz Sharif was kicked out of office. The whole panama trial and the eventual verdict scream of bias. The recent decision on Nawaz’s ‘inability’ to lead PML-N, adds insult to the injury. Some of the judges seem to be playing to the gallery, rather […] 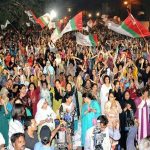 In fact, quite contrary to the common misconception, Urdu-speaking community has become the most marginalised segment of the country. Their silence over their misery and inability to resist or protest the crackdown on their political mandate is a telling evidence of the community’s overall political significance. One of obvious reasons behind the depressing state of […]

Me: Yes!   Munna: How?   Me: Well, you have to change the captain!   Munna: Huh?   Me: You see, 1 extremely powerful stakeholder has led Bhutan in every real sense and if Bhutan is broken then you first have to agree to try a different captain.   Munna: Why are we talking about […]