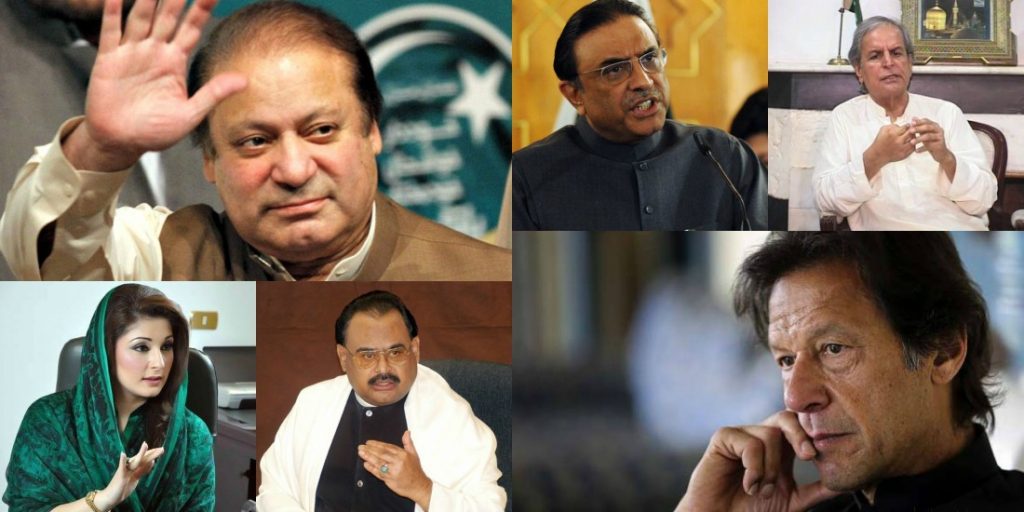 If you are a Pakistani civilian and someone who captures the imagination of masses and somehow able to convert that in votes, sooner or later you will be transformed in to a pariah. You will then either be assassinated outright like Liaquat Ali Khan, Fatima Jinnah, ZAB, Benazir Bhutto, Akbar Bugti or tagged as a traitor and thrown out like Wali khan, Altaf Hussein, Nawaz Shareef, Mengals, etc. Some of these folks obviously have few skeletons in the closet so they are not free from blame, but fact of the matter is that they were reprimanded not for the skeletons but for going against the wishes of the master. Bottom line is house always wins. And the house is none other than mohakmae zaraat. More on that later.

Let me confess at this juncture that I have never been a fan of Imran khan, save for a short 2 year timeframe when he stood against Musharaf for civilian supremacy and rule of law. (Looking back, that movement for CJ Chaudhry didn’t age well either, but let’s put aside that discussion for another talk show). However, even as a cricketer Imran was always a megalomaniac of sorts, holding grudges and leading men with the golden rule of ‘my way or the high way’, which isn’t effective in most circumstances but at least Imran was honest to himself.

If he had continued on with the same vein, and succeeded in politics, I would have at least respected his consistency, but alas he chose to become the lackey of mohakma-e-zarrat like Nawaz Shareef and now would probably face the same fate as Nawaz shareef at the hands of the boys. And this is where I believe, civilians, the perpetual punching bags of Pakistan have a unique opportunity.

It is no longer a secret that Khan’ government is struggling with economy. They are struggling with inflation, human rights violations, statecraft, messaging, pretty much anything and everything which is macro in nature.

If yes, do you really think Imran Khan and Asad Umer can get away with sort of insinuations Nawaz and his team made during that famous dawn leaks meeting with the boys?

Fahd Hussein, wrote an eloquent piece over the weekend and raised valid questions to the Prime Minister, but can the Prime Minister call the shots to change course in any real manner on strategic direction when it comes to economy, foreign affairs, domestic policy (vis-a-vis PTM, Baloch separatist, mohajir politics)? He can’t right! How do you fix a country of 220 million without changing the strategic direction? And if you can’t, why in the world would then we blame Imran khan?

I mean I get why Hassan Nisar, Haroon Rasheed and Sheikh Rasheed are no longer fans. But folks like Fahd and Wussatullah and Nusrat Javed, I think at the least need to ask the right questions around authority and accountability.

Anyone with half a brain cell know what the macro problem with Pakistan is. Most of us are clear on who has lorded over Pakistan for 70 odd years and where the blame for most of this strategic mess belongs. However for the sake of settling the score, we are being intellectually lazy or worse yet dishonest. It doesn’t help Pakistan.