In fact, quite contrary to the common misconception, Urdu-speaking community has become the most marginalised segment of the country. Their silence over their misery and inability to resist or protest the crackdown on their political mandate is a telling evidence of the community’s overall political significance.

One of obvious reasons behind the depressing state of affairs and the political marginalisation of the community is the prevailing fear and oppression at the hands of rangers. At least, 60 individuals have died extra-judicially since this operation began some three years ago. Moreover, five thousand individuals have been picked up by Law Enforcement Agencies.

In my neighbourhood, a college student was picked by a low-level police officer who kept him in his own home illegally and demanded ransom for his release. His parents managed to get him released.

AltafHussain and MQM deserve much of the blame for the plight of the community. This might seem untrue but one of the biggest mistakes made by the party was forming an alliance with military dictator Pervez Musharaf. You simply cannot expect the political parties to stand with you when you have been a party of a military regime.

Whatever has happened to AltafHussain  and MQM would not have happened if politicians like Nawaz Sharif, , Asif Ali Zardari, Asfandyar and Achakzaii would have stood by Altaf on merit. And the merit is that AltafHussain’s mandate is no less credible  than Nawaz’s or Zaradri’s. It’s a principle, which has obviously been compromised upon, and AltafHussain today finds himself at the shorter end of the stick, but that’s not to say that Nawaz and Zardari might not feel the brunt of this in future.

It is indeed true that after the partition of the subcontinent in 1947, a significant of part of the bureaucracy and intelligentsia that Pakistan inherited constituted Urdu-speaking people. Seventy years later, this is not the case

AltafHussain’s physical absence from Karachi has also contributed to the political famine in Karachi. Urdu speaking community gave him the prominence that once Bhutto had received from Sindhi.

Altaf should have come back circa 2004, when it was obvious that the party was in trouble and needed his leadership to bring the spirit of serving.

As a member of civil society, it is extremely heartening the way Naqeeb’ murder was taken up by the community around him. It is also a bit depressing that FarooqSattar’ PA amongst hundreds of others were murdered in cold blood and Karachiites by and large played dead.

The movement for Naqeeb is also impressive because it has remained peaceful. But more than anything, the numbers that have come out on streets of Karachi and now in Islamabad for Naqeeb, should be a message for the youth of Karachi that fear is not a strategy. We need to build bridges with other democratic forces to make sure that our youth and citizenry in general is not dealt with extra judicially.

It should also be high time for state institutions to realize that coercion and oppression will eventually combust this pressure cooker and the spill over will be ugly. 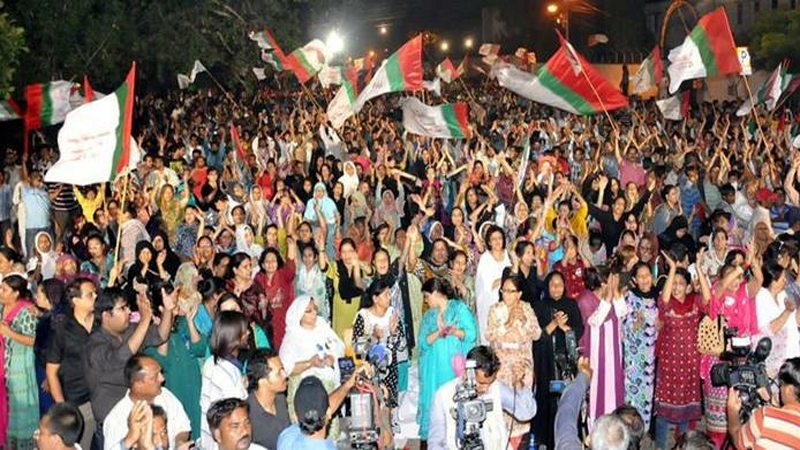 Karachi is a mess, in every sense of the word. The biggest reason is that it is being governed at the barrel of a gun and by people who are not indigenous to Karachi. This is not about Altaf Hussein or Mohajirs or nationalism or anything else. This is about common sense. If Lahore is governed by people who were born and raised there and ditto for every other city in Pakistan, then kindly don’t make Karachi an anomaly. It is giving rise to feelings of disenfranchisement and frustration and it will have dire consequences. All of this can still be salvaged provided that better sense prevails and democratic norms and rule of law are given precedence over everything else.

I am sure the architects of political landscape in Karachi think that the plan is working. There are four factions of MQM, and everyone is at each other’ throat and voters in complete shock, what could be a better proof that our political class is corrupt and incompetent, right? Wrong! If the purpose was to make Altaf  irrelevant then at least at the ground level, it has failed. Just like Nawaz Sharif’s’ ouster from the post of PM hasn’t put any dent in his popularity. This is what the military junta doesn’t get, politics is complex and if war is too important a matter to be left alone with generals then politics and governance certainly is.

Unfortunately the military holds the stick and Pakistan is still being governed by it. In 2018, this is an insult to us a s a nation and if our political elite had any shame, they will call this bluff. There is a peaceful way to do this. You can make an attempt to make military realize that in 2018 and beyond, it’s absolutely unsustainable to run Pakistan like they have ruled it for 70 odd years. It is in the interest of Pakistan that our military doesn’t interfere in foreign policy and politics anymore.