One of Bollywood’s most iconic on-screen duos, Sanjay Dutt and Arshad Warsi AKA Munna Bhai and Circuit are back together for a new film. Dutt and Warsi are back together after 17 long years as they officially made the announcement of their next joint outing on Thursday, with the poster of the film. “Our wait […]

Adnan Siddiqui has given a watch to Bollywood’s recent offering ‘Mission Majnu’ and has a lot to say about the factual ‘misrepresentation’ of the country. ‘Meray Paas Tum Ho’ actor turned to his account on the photo and video sharing application, in the early hours of Thursday, to express his thoughts on the matter. He […]

Actor and director Sarmad Khoosat has announced he is turning into a YouTuber. Taking to Instagram, Sarmad shared the news of launching his YouTube shows and also unveiled a few details about them. He added, “It takes a lot of time to pull out a film and the films I make; they usually don’t get […]

Mahira Khan has proved herself as one of the leading stars in the showbiz industry. Her outstanding contributions to the showbiz industry have made her a force to be reckoned with. If we are to speak about Mahira Khan’s off-screen endeavours, she has walked the ramp in illustrious fashion shows. She is the brand ambassador […] 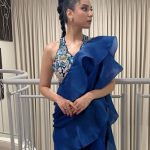 Ramsha Khan is one of the most sought celebrities thanks to her contribution to the acting and fashion industries. Ramsha Khan has mesmerised social media users with her pictures and video on interactive platforms. The stills from her latest photoshoots have become the talk of the town. It is no surprise that the celebrity’s latest […] 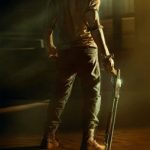 The exhibitors increase over 300 shows of “Pathaan” right after the first show as the film took the box office by a storm. This is quite unprecedented but also a fact that “Pathaan” has turned out to be a box office monster. The total count of the screens now stands up to 8,000 globally that […] 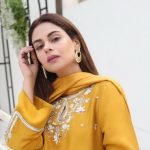 Actor Amar Khan took to her Twitter handle to share her excitement about Bollywood superstar Shah Rukh Khan’s comeback film “Pathaan’s” release. Amar tweeted, “Reviving back so many single screens. Now that’s the hysteria of a King! Ufff last saw his ‘zero’ in Pakistan, then films got banned on both sides. Watching Shahrukh khan on […] 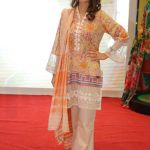 Actor Sarwat Gillani, in an interview with JORE, expressed her drive to flip the script on female representation in Pakistani TV and cinema. And with that, she also reflected on her earlier roles and what all she took away from them. “I feel as entertainers, we have a responsibility towards the kind of behaviours we […] 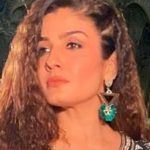 This year, artists to be honoured with the prestigious Padma Awards include; Raveena Tandon, MM Keeravani and Zakir Hussain. Actor Raveena will be honoured with a Padma Shri award this year. She is one of the prominent names of the Bollywood industry who has also received the Filmfare Awards and the National Film Award previously. […]