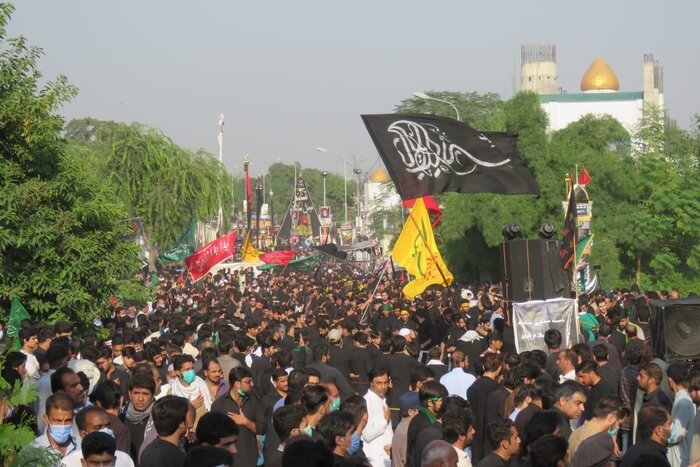 The ‘Chehlum’ of Hazrat Imam Hussain (RA) and his martyred companions is being observed today (Saturday) with religious zeal and respect to remember the great sacrifice in the history of Islam.

To honour the Karbala martyrs, mourning processions will be held in numerous cities and towns across the country.

The Federal Government has authorized the deployment of Army troops and personnel of civil armed forces to maintain law and order across the country at the Chehlum of Imam Hussain [RA].

The approval to this effect was given on the request of all four provinces, Gilgit-Baltistan and Azad Kashmir.

A Central Control Room has been established at the Ministry of Interior to monitor the overall security situation in the country.

Whereas, in Sindh and Punjab, pillion riding was also banned for the Chehlum while in Quetta mobile phone service will remain suspended for the day from 8 am to 5 pm.

On the other hand in Karachi, the traffic police have devised a plan for the main procession of Hazrat Imam Hussain’s Chehlum.

The district administrations and law enforcement agencies have finalized all necessary arrangements to facilitate the mourners.

Teams from the Pakistan Army were helping flood victims and conducting rescue, relief, and reconstruction work in the afflicted districts. The army will also help the civil governments with Chehlum security.