Education in Balochistan under threat 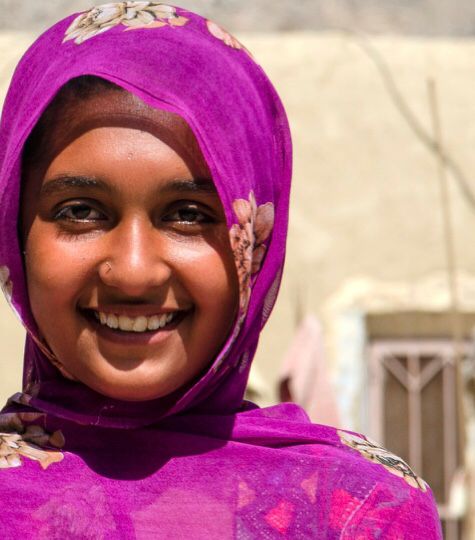 Education in Balochistan under threat. Balochistan is one of the under privileged provinces of Pakistan that has been struggling to seek its basic needs and rights to be equally facilitated with other provinces of Pakistan. Despite being the largest province of Pakistan in geography and smallest in number, the population inside is suffering their basic rights such as: education, health facilities, employment and sanitation etc.

What I focus here is that where countries of the world are investing in education and where the investment in education sector has guided those countries to prosperity and up to the demands of modern world, the dearth of such investments and focus makes the situation, in Pakistan in general and Balochistan in particular, more appalling.

Quetta, the capital of Balochistan is at least facilitated with education facilities containing very weak standard education system. The rest 32 districts suffer with no school space even. If there exists any, students travel for long distances to reach the nearby schools. In addition, a number of teachers were either target killed or have fled the province for search of security. And lastly, lack of awareness among the natives led to another number of students out of schools even if it is available.

There is always equal to no investment on education by government authorities and electable, both on provincial and national level. Each year budgets are allocated for education purposes but invisible when seen its fruit on ground. If it is documented that 17% of its budget is allocated for education, it has never been accounted for investigation nor has the public ever known to the facts and figures behind such investment.

Local NGOs, international NGOs and UN organizations worked with different perspectives/approaches to improve the neglected education; but, in a more generalized way, failed to do so. There is no transparency in the budgets spent on education sector nor it has any continuity with long term plans to carry initiatives and maintain it through a policy until it gets better.

Although illiteracy in Pakistan as a whole stands at 80% and growing, the literacy rate among rural women in Balochistan is bleaker. It is estimated that less than 2% of rural female in Balochistan are literate. Literate and illiterate traditions assign the women certain responsibilities such as cooking food, cleaning the house, child-bearing and rearing, and all other domestic support needed by her husband and other family members. The benefits of education for girls in rural Balochistan have only recently being recognized.

Ratio of girl’s education over all in Baluchistan, as per Alif-Ailan, is only 15% compare to the 37% male education.

Distance to school is an issue not only for girls but for boys as well. However, the nature and extent of issue is dominantly different considering the local value system, cultural norms, traditional beliefs and concerns for security related to adolescent girls which often lead to exclusion of girls from school in some cases. 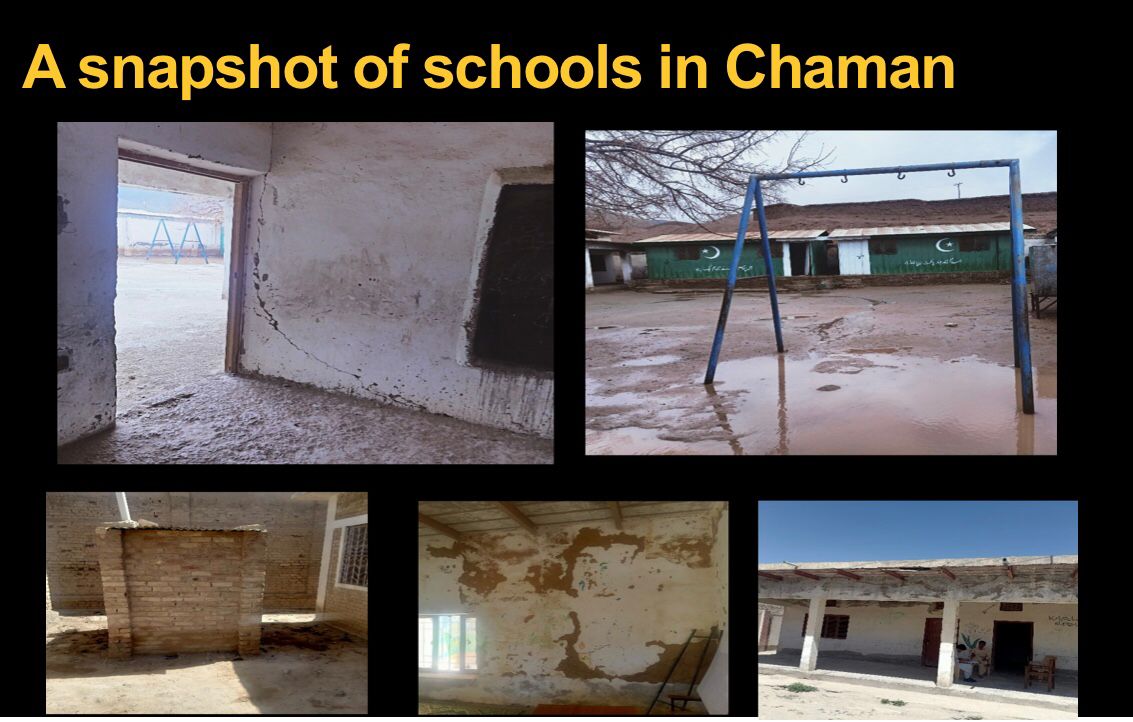 According to a research, the largest education service delivery system is managed by the government of Pakistan. Among this, 38% is managed by private schooling system and the very least number is covered by NGOs.

In a research according to International Rescue Committee  IRC, there are 63 million school going aged children in Pakistan. In which 42% attend government schools which is almost 27 million. 32% or over 20 million children are out of school & 317,323 schools in the country equal to 38% are private schools.

When it comes to Balochistan, the numbers are more horrifying. According to the statistics of Alif-Ailaan, out of total population of the province, 27 million children need to be in school. Among this, only 9 million children are attending school and the rest are deprived of opportunity of going to school.

Out of 12347 schools, only 6% are higher schools. According to Alif-Ailan, 216 schools are not functional. Rest of the schools consist of single room where 14% of teachers receive their monthly stipends without giving their services.

One of the biggest challenges to education in Balochistan is poverty. In a geography where people lacks basic facilities of life and where people are deprived from standards of life, education is always secondary to them.

Secondly, the government has always kept education sector at pace when it comes to allocating a sum total amount for its development. And when the allocated budget is on board, it is again filtered among the various stakeholders and corruption finds its way.

Lastly, and above all, there is no policy on behalf of the government that might tend to provide equal access to education beyond gender. The lack of infrastructure plus updated curriculum along with trained teachers is another challenge to the long list of challenges.

What could be done?

An appropriate portion of funding for education is primary to any society. But, what is more significant in case of Baluchistan is that the sort of statistics needs to be properly used, audited, accounted and documented. I assume that the sort of allocated budget if used sincerely and purposely, it would indeed lessen the kind of deprivation among the masses and a reasonable number of population will benefit from it. Additionally, transparency on both provincial as well as local level might add to the benefit.

Moreover, linking schools with higher education is another need of the hour. It would help in finding admission opportunities for students for their higher studies. Besides, modern text books along with well qualified teachers might prove more organic for the creation of a class of educated youth of the province. Transport allowance both for teachers and students managed by district education offices would lessen the distance problem. Not to remain un-emphasized “transparency and consistency” would led to at least play the part for betterment.

The author is a staff member at Daily Times. She can be reached at @maria.nadirr5@gmail.com