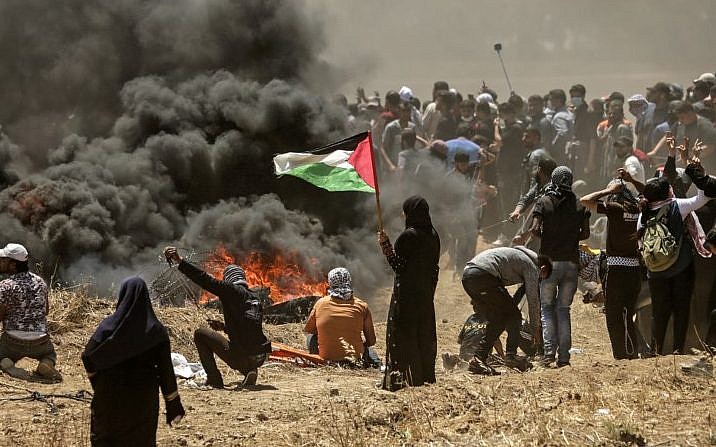 UN rights chief raises alarm over Israel’s killing of Palestinians. The UN High Commissioner for Human Rights has expressed concern about the rate at which the Israeli regime has been killing Palestinian children this year.

“It is deeply disturbing to inflict harm on any child during the course of a conflict, and the killing and maiming of so many children this year is unconscionable,” Michelle Bachelet said on Thursday.

Internet shutdowns are powerful indicators of deteriorating human rights situations. I look forward to our joint campaign, with @eu_eeas, for an open and secure internet.@JosepBorrellF. pic.twitter.com/hqFBsRJg0N

So far this year, 37 Palestinian children have been killed by Israeli forces. The figure includes 19 children who died as a result of the Israeli regime’s recent back-to-back airstrikes in the Gaza Strip on alleged positions belonging to the Palestinian resistance movement Islamic Jihad.

“International humanitarian law is clear,” according to the UN official. “It is prohibited to launch an attack that may be expected to kill or injure civilians or damage civilian objects in a disproportionate manner to the concrete and direct military advantage anticipated.” Such assaults must cease.”

Including the deaths of children, 74 Palestinians have been killed this year, many as a result of Israeli authorities using lethal force in a manner described by the UN Human Rights Office in the Occupied Territories as a violation of international human rights law.

Bachelet decried Israel’s widespread use of live ammunition during operations in the Tel Aviv-occupied West Bank, including East al-Quds, saying it had “led to an alarming increase in Palestinian fatalities.”

Finally, the official bemoaned “this climate of impunity, as well as the long-standing violations” that fuel the cycle of violence and recurrence of violations.