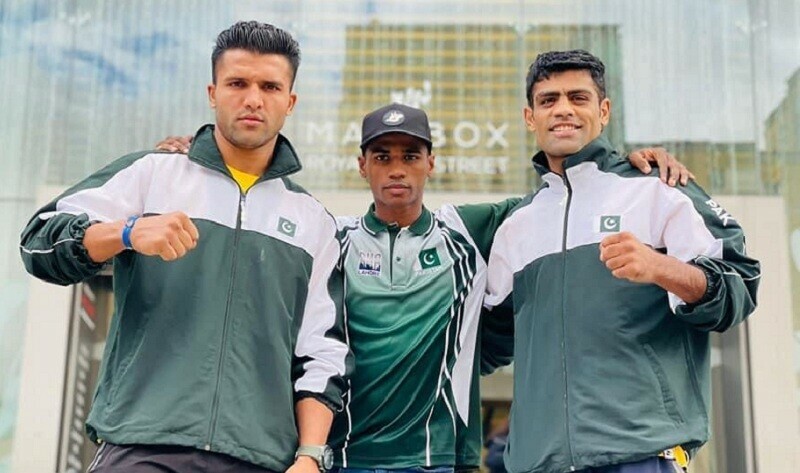 BIRMINGHAM: Pakistani boxers went missing following CWG. Two boxers of Pakistan’s 2022 Commonwealth Games contingent have gone missing in Birmingham in a suspected bid to remain in England and escape returning to their homeland that is facing a high unemployment and inflation rate.

Reportedly, Suleman Baloch and Nazirullah, the two boxers disappeared from the airport. They both missing due to negligence of the Pakistan Olympic Association and Boxing Federation of Pakistan.

The Pakistani boxing contingent to travel back to the country from Birmingham but the boxers were nowhere to be found. The travel documents of both the boxers were in possession of the team management which made their disappearance more suspicious.

Nazirullah participated in the lightweight category and Baloch in the 63 kg category. The two athletes failed to impress in their outings in different weight classes as they lost convincingly to their opponents.

Baloch suffered defeat at the hands of India’s Shiva Thapa in the 63.5kg category. And Nazeerullah lost to England’s Lewis Williams in the heavyweight category.

The London Police informed about the incident.

This is not the first time Pakistanis or athletes from other countries have gone missing. Many have been missing earlier from a major sporting event in a foreign wealthy country.

A number of African athletes went missing from a tournament in Australia in 2018. In 2002, twenty-six athletes vanished during the Manchester Games. Nine athletes and a manager of Sri Lanka team also disappeared after completing their events, the 2022 Commonwealth Games.