Cricket, karate and motorsport invited to present their case for inclusion at Los Angeles Olympics 2028 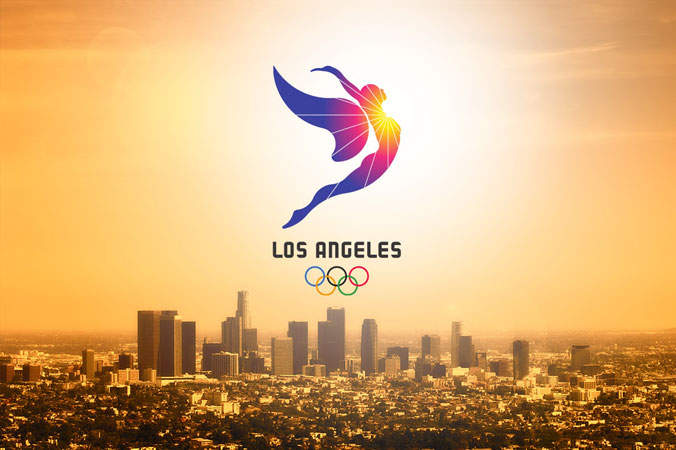 BIRMINGHAM: Cricket, karate and motorsport are among the nine sports invited by the International Olympic Committee (IOC) to present their case for inclusion at the Los Angeles Olympics 2028.Baseball-softball, lacrosse, breaking, kickboxing, squash and flag football are other sports that have also been granted permission to submit Request for Information proposals for the sport programme review. Sambo, flying disc and teqball, which have all shown interest in obtaining a place at the 2028 Olympics, are noticeably not on the list. The nine shortlisted sports are due to make their arguments later this month. Cricket’s efforts to be part of the Olympics have received a significant boost after the sport was added to a shortlist of nine. Cricket has not appeared at the Olympics since 1900 — the same year as motorsport. The International Cricket Council (ICC) is proposing the T20 format for the Olympic Games.Women’s T20 is currently being contested at the Commonwealth Games here in Birmingham for the first time. A final decision on cricket’s inclusion, along with other eight sports, is expected in the second quarter of 2023, when the IOC is scheduled to meet in Mumbai, India.

The ICC feels it is in a good position, though recognises that ultimately it is up to the Los Angeles Organising Committee to decide. Part of its optimism springs from cricket being, in ICC CEO Geoff Allardice’s words, “a star attraction” at the 2022 Commonwealth Games, currently being held in Birmingham. Both the ICC and the England and Wales Cricket Board (ECB) had lobbied hard for cricket to be included in Commonwealth Games 2022 keeping in mind its popularity in the Commonwealth countries. It is the first time that cricket has been a feature of the Commonwealth Games in 24 years. The 1998 Commonwealth Games in Kuala Lumpur, Malaysia featured just men’s cricket: ODI format. In Birmingham, it is only women’s cricket in the T20 format with eight countries competing for the gold.However, at the Olympics any sporting discipline needs to feature both male and female athletes and the ICC remains confident that cricket has enough global appeal and support to warrant being at the biggest spectacle in sport.

Karate made its debut at Tokyo Olympics 2020 — but will be absent from Paris Olympics 2024— while breaking is due to appear at the Olympics for the first time in 2024. The 2028 Olympics are scheduled to begin on July 14 and conclude on July 30, which is the earliest the Summer Games would have opened since the 1924 edition in Paris, which started on July 5. Under the principle of reducing cost and complexity, Los Angeles 2028 has a cap of 10,500 athletes in total. The limited number of athlete quota places can be particularly tricky for team sports to adhere to. A total of 28 sports have already been confirmed on the programme, with the International Olympic Committee(IOC) saying there is a “pathway” for boxing, weightlifting and modern pentathlon to join them. The relevant International Federations have also been told to prioritise a reduction in the cost and complexity of staging the Games, promoting gender equality and engaging the best athletes.

While there is no cap on how many new sports the IOC can add, they must pass this list of criteria for inclusion: prioritising a reduction in the cost and complexity of hosting the Olympic Games, engaging the best athletes and sports that put athlete health and safety first, recognising global appeal to fans across the world and host country interest, prioritising gender equality and youth relevance to engage new fans and athletes, upholding integrity and fairness to support clean sports, and above all supporting environmental sustainability to foster long-term sustainability.

Motorsport’s potential inclusion: Motorsport’s potential inclusion would be a major development for the sport that has long been excluded from the Olympics. It last appeared at the 1900 Games in Paris where it was not officially part of the Olympic programme, despite medals being awarded. Motorsport was unable to be considered for the Games due to a significant clause in the Olympic Charter stating that “sports, disciplines or events in which performance depends essentially on mechanical propulsion are not acceptable”. However, this has been removed and the FIA was recognised by the International Olympic Committee (IOC) in 2012.As a member of the IOC’s Association of Recognised International Sports Federations, the FIA is part of the Olympic Charter and e-karting later featured at the 2018 Youth Olympic Games in Buenos Aires as a demonstration event. There were no medals awarded on this occasion.For motorsport and the other sports to be successful in securing a place at Los Angeles 28, their presentations are likely to focus on a six-point criteria list which includes supporting environmental stability, upholding integrity and fairness, and recognising both interest in the host country and offering global appeal.

Baseball and softball: Men’s baseball and women’s softball returned to the Olympics in 2020 after being absent for London 2012 and Rio 2016.Baseball and softball are not on the Paris 2024 programme. Lacrosse featured on the Olympic programme at St Louis 1904 and London 1908 and was a demonstration sport at Amsterdam 1928, Los Angeles 1932 and London 1948. Flag football made its multi-sport event debut at the 2022 World Games in Birmingham, Alabama, last month, though American football was a demonstration event in 1904 and 1932.Kickboxing and squash have never been part of the Olympics.