Will China-Taiwan become next Ukraine-Russia? 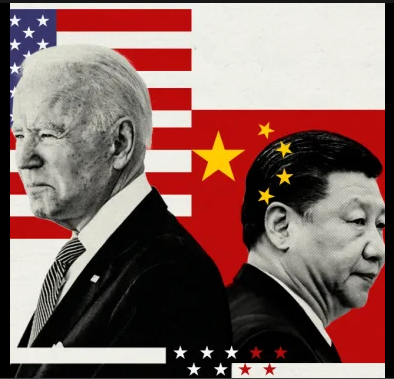 The journey by Pelosi, the most prominent elected US politician to visit Taiwan in 25 years, heightened tensions between the two largest economies in the world, with Beijing viewing it as a significant provocation.

Taiwan sees itself as an independent nation with its own laws and duly elected leaders. China, on the other hand, sees Taiwan as a secessionist province that will soon return to being governed by Beijing. As a result, Taiwan is recognised for employing its “cat warrior” diplomatic prowess to fend off Chinese attempts to subvert its independence while simultaneously promoting itself as a free, peaceful state in opposition to a hostile China. Taiwan has gained backing from nations all around the world thanks to its “cat warrior” diplomatic strategy.

The five-person tour by US House Speaker Ms. Nancy Pelosi to Singapore, Malaysia, South Korea, and Japan included an overnight stop in Taiwan. China has previously forewarned the United States that Nancy Pelosi’s trip to Taiwan will have serious consequences.

According to Al Jazeera, during their fifth phone call as leaders, Chinese President Xi Jining warned his US counterpart Joe Biden against “playing with fire” over Taiwan amid simmering economic and geopolitical concerns. Although a representative for the US National Security Council stated that they do not “promote Taiwan Independence,” the visit of the Speaker of the US House of Representatives suggests otherwise.

According to Xie, who also asked Washington to “quickly confront its wrongdoings and take tangible efforts to undo the harmful effects created by Pelosi’s visit to Taiwan,” the United States “must pay the price for its own mistakes.”

In response to the visit, China’s military announced it would “launch a series of targeted military strikes” and was on “high alert.” It disclosed that a series of military drills would start on Wednesday in the waters surrounding the island.

Additionally, Taiwan’s defence ministry reported that on Tuesday, more than 21 Chinese military aircraft entered the island’s air defence identification zone, which is a region that is bigger than its territorial airspace and partially overlaps with China’s own air defence zone.

“Taiwan belongs to China, and it will eventually reunite with the homeland. Ghosts, anxiety, and evil do not frighten Chinese people “Xie said Burns, Xinhua reports.