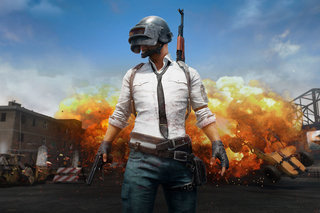 Amid COVID-19 when I presented my research synopsis on PUBG, my supervisor commented “a 40-year-old also plays PUBG?” Well, it’s very much true that a middle age man who we expect to be busy in earning and providing for family a typical man, who hardly allocates time to himself, is playing a game called PUBG. The research that was carried out, did not choose children as my target population of interest rather adolescence and late adults were the targeted sample. It was odd for the audience to hear that people in late adulthood play games like PUBG?
A game, backed by only controversial stigmas such as “a boy killed his sister and mother in rage while playing PUBG” or rather an interesting one “Dua Zehra met Zaheer through PUBG and got married”. Well, yes! Gaming culture is uncommon and is misconceived by stereotypes, but it is a huge industry around the world. PUBG is a Massively Multiplayer Online (MMO) game. Where the players are deployed on an island, scavenge for weapons and have to combat till they are only one left.

So, I was trying to find out the psychosocial effects of PUBG which was defined through various variables such as time consumption, locus of control, and others. After conducting the interviews from the PUBG player, I was able to conclude that PUBG is not the etiology of the consequences that we hear in news every other day. Rather, it saves people from some wrong deeds which I heard from there verbatim such as, it saves you from hashish, drugs, provides a platform to socialize where some people found “besties” while other found their “partners”. Furthermore, it has also become a source of earning for some. A few also quoted that it saved them from doing morally wrong in life. This study is not published yet but the topic has been through great dilemmas and as we know our culture of “research through WhatsApp” which leads us to narrow our cognitive abilities. The consequences of staying away from lens of objectivity has put us through some dire conclusions not only in this area rather every other walk of life.

The population selected could be a reason for rather deviating results but still they are research based rather than mere WhatsApp opinions. I would like to quote some of the best players around the world in e-sports i.e., our very much own player Arsalan Ash who made the headlines by winning Taken battle internationally. Debunking the stigmatized reality of gaming and bringing it into the “normalized” part of life should be the first aim. There are people who are unable to mobilize in this era of constant inflation and this platform have been a source of income and tranquility for some. And never have theirs been an idea that was welcomed in Pakistan with open arms other than the IMF and Saudis accepting the pledges to give Pakistan aid. I would conclude by saying yellow journaling is doing no less in plaguing the new genres in Pakistan.

The writer is a Clinical Psychologist & Research Associate at Psychological Rehabilitation, with interest in internet gaming disorder.

She can be reached at https://twitter.com/ssk_Kayani