Is UAE biased against people from Hunza? 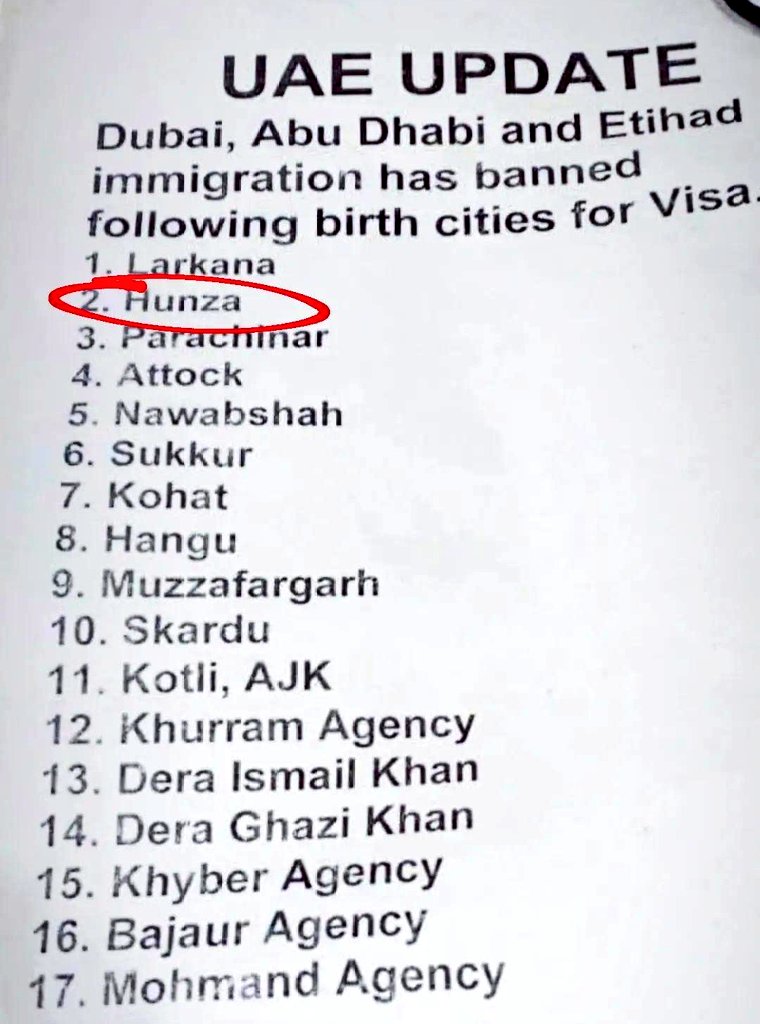 UAE has some sort of ban on Hunza among many other districts in Pakistan and Pakistanis are not OK with it.

Imran Hunzai, a creative director, shared on Twitter on July 28 how eager his mother was to travel abroad for the first time to Dubai but that her visa had been repeatedly denied. Imran shared a list of “birth cities” that are prohibited from applying for visas and added, “Turns out UAE has some type of a ban on Hunza among many other districts in Pakistan.

Mother was all excited for her first international travel to attend a cousin’s wedding in Dubai next month, visas got rejected multiple times, turns out UAE has some sort of a ban on Hunza among many other districts in Pakistan.

Hunzai also added that “UAE does seem to have issues with Shia residents. Human Rights Watch has reported on multiple violations.”

Thank you @Jamiazad1 for sharing. UAE does seem to have issues with Shia residents. HRW has reported on multiple violations. https://t.co/couynB5kkY

According to Human Rights Watch, United Arab Emirates authorities have forcibly disappeared quite a few Pakistani men since October 2020 and deported a few others without explanation, apparently based solely on their religious background. UAE authorities released and immediately deported them in October and November 2020 after also subjecting them to enforced disappearance and incommunicado detention for between three weeks and five months.