Sri Lankan Syndrome: Is Bangladesh Out of Danger?

With global inflation rising and the fear of fuel and food crisis looming large, clouds are gathering on the economic horizon of South Asian countries. The Russia-Ukraine war, followed by the COVID pandemic disrupted the global economy and trade that shakes Europe as well as South Asia. In the meantime, Sri Lanka’s financial and political crisis has reached a critical point, driven by the country’s mix of high indebtedness, soaring inflation, and poor economic management. Worryingly, the global headwinds – rising inflation and interest rate hikes, depreciating currencies, high levels of debt, and dwindling foreign currency reserves, have pushed a lot of other nations to the brink of an economic collapse and crisis experts now raise an important question: which South Asian country is going Sri Lankan way, are increasingly vulnerable to debt risk and heading Sri Lanka way? Or is Bangladesh at risk of default?

The tragedy of the Lankan disaster

In recent days, Inflation has soared about 54 per cent, with food prices 80 per cent higher than a year ago in Sri Lanka. 22 million people of the island nation face an acute shortage of fuel, food, and medicine, as it battles a foreign exchange crisis. The Lankan rupee has slumped in value against the US dollar. The schools, public transport, and businesses are shut down.

Last weekend, hundreds of thousands of anti-government protesters occupied/stormed/ seized the presidential palace and torched the prime minister’s home. President Gotabaya Rajapaksa flew to the Maldives and then to Singapore to escape a popular uprising against his government and was forced to resign as president. A state of emergency across the country was declared and a curfew in the western province was imposed to stabilize the situation. In Rajapaksa’s resignation letter, he indicated Sri Lanka’s years of poor economic management caused by initiating largescale mega projects based on foreign loans, reduction of remittance through legal channels, the negative impact of the Covid-19 pandemic on tourism, and a plethora of other factors that contributed to this ill fate.

Once projected to become the Singapore of South Asia, Sri Lanka became the first country in the Asia Pacific region in 20 years to default on foreign debt.

A cautionary tale for South Asia

Once projected to become the Singapore of South Asia, Sri Lanka became the first country in the Asia Pacific region in 20 years to default on foreign debt. Having observed the supply chain bottlenecks, subsequent inflation, high levels of debt, and dwindling foreign currency reserves, several other South Asian economies, according to some economic analysts, are showing early signs of the Sri Lankan syndrome.

Pakistan is on the brink of a balance of payments crisis, with billions owed to international creditors. The country is facing huge debt amid depleting foreign currency reserves and soaring inflation. Its foreign currency reserves have plunged to only $9.8 billion, hardly enough for five weeks of imports, while the Pakistani rupee touched a record of about 233 to the dollar. On the other hand, amid the heavy energy crisis in Pakistan and subsequent suspension of gas supply, 400 textile mills have been closed, leading to export shocks.

The most concerning issue is that the Shehbaz Sharif government has decided to sell national assets to foreign countries without any checks in a desperate attempt to prevent the country from debt default, raising many transparency concerns. Pakistan’s new government, which narrowly averted a debt default, also struck a crucial IMF deal to resume a bailout programme, a way that offers economic pain relief but no panacea. Because true economic revival is threatened by Poor policy decisions as well as the volatile political system, similar to the island country of the Indian Ocean.

Thus, the public may lose its temper and could take to the streets at any time against the government’s unpopular steps, leading the country to the next Sri Lanka.

Like Sri Lanka’s, the Maldivian economy is heavily reliant on tourism, which suffered a big blow after the outbreak of the COVID pandemic. Like Sri Lanka and Pakistan, Maldives is indebted to heavy loans and investments from foreign nations, especially China, and facing low foreign currency reserves. Its public debt is already on the red line and it’s now well above 100 per cent of its GDP. US investment bank JPMorgan has warned that the country is at risk of debt defaulting by the end of 2023. Economic rationality, instead of political interests, should be given priority to stave off any potential economic meltdown like in Sri Lanka.

Panic has gripped Nepal over the growing likelihood of a Sri Lanka-type economic collapse after the country is seeing a rise in imports even as the country’s foreign exchange reserves have shrunk sharply and inflation has soared with rising food and fuel prices. Moreover, foreign debt has escalated as the country continues to sign up for more and more Chinese-funded infrastructure projects and the Covid pandemic has battered the economy.

The Himalayan nation is also facing a liquidity crunch and as a result, banks and other financial institutions are struggling to extend loans to productive sectors like the agriculture, tourism, manufacturing, and energy sectors. The country’s trade deficit is ever-increasing and by now, it is Rs 1.72 trillion, leading to import shocks. Therefore, there is no reason to disregard the suspicions outright that Nepal would not meet Sri Lanka’s fate if the government continue to ignore the warning signs.

Having observed the depleting foreign exchange reserves, falling Taka against the US dollar, plus widening trade and current account deficits, it is fair to say that the situation in Bangladesh is alarming. The most immediate challenge for Bangladesh on the economic front is to reduce inflationary pressures and keep the foreign exchange reserve at a satisfactory level. The goods imports jumped by 39 per cent in the first 11 months of the past fiscal year (FY22) over the same period of FY21, creating pressure on the dollar reserve. It is, undoubtedly, an alarming sign for Bangladesh’s economy as the country is widely dependent on imports for both domestic consumption and export-oriented industries.

Another, concerning issue, is that Bangladesh is feeling the consequences of the Russo-Ukraine war that is causing an energy crisis across the world, limiting global growth, manufacturing activity, and employment prospects. Bangladesh’s economic managers, however, despite some warning signs, continued to give assurances that Bangladesh’s economy is far from becoming Sri Lanka, analyzing overall macroeconomic parameters.

It’s true that like Sri Lanka, Bangladesh has failed to diversify its export basket but nonetheless, it has a lot of room to continue to grow in the garments sector. It is now among the top three apparel exporters in the world, and, is gradually taking market share from China. Bangladesh’s export story which recently touched a landmark by crossing $50 billion for the first time despite headwinds blowing from the global crunch is very impressive. FDIs hit a three-year high in 2021 and according to a UNCTAD report, Bangladesh has become the second favoured investment destination in South Asia after India, thanks to Bangladesh’s initiatives to implement 100 economic zones to attract FDI.

Additionally, the majority of the external debts are held by bilateral or multilateral organizations like the WB. Bangladesh’s strong macro-economic base, loan management, and debt repayment capability have led the World Bank’s International Development Association (IDA) to continue lending more than $35 billion with the lowest interest rates – the highest amount given to a single country.

Moreover, the government adopted a conservative approach to deal with the early signs of Lankan Syndrome. Bangladesh has sought a $4.5 billion loan from the International Monetary Fund for its balance of payment and budgetary needs amid increasing pressure on their economies. So as to save dollars and increase foreign currency reserves, the government has restricted civil servants’ foreign tours, imposed higher import tax on luxury items, relaxed restrictions to draw in remittances from millions of migrants, boosted exports, reduced the expenditure on the development budget, introduced austerity measures in power expenditure and so on. Although these don’t seem to be the long-term solution to economic woes, it’s expected to avoid wasting huge money, positively influencing macro-economic stability.

Bangladesh needs to be cautious and learn from the experiences of the island nation, remarked Hans Timmer, the World Bank’s South Asia regional economist. According to a report based on data from the International Monetary Fund (IMF), Bangladesh is the 41st largest economy in the world with a GDP of $397 billion and its position is second in South Asia after India.

To conclude, though, Bangladesh is in a much more comfortable position than other South Asian countries right now, there is a need of defining a repayment strategy including rescheduling imminent payments as an economic shock is looming from debt repayment pressure in the upcoming years. The Sri Lankan episode, however, presents an alarming case study to other South Asian ones, with troubling echoes of the crisis that has gripped Sri Lanka. Thus, the leaders in power ought to show the farsightedness to make buffers and reject subversive economic policy essential to steer the countries’ major economic drivers on the right course before it’s too late. 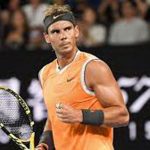