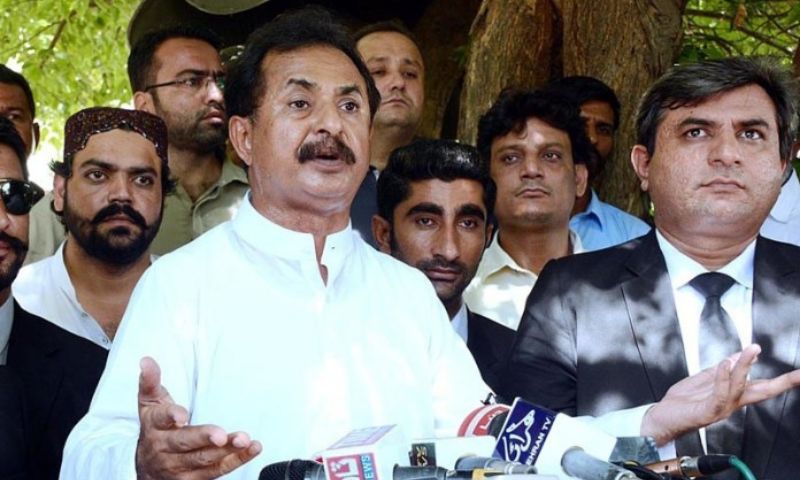 On Thursday, the Sindh High Court approved a request for an immediate hearing regarding the arrest of the PTI leader and opposition leader in the Sindh Assembly, Haleem Adil Shaikh.

The petition will be heard by a high court panel of two judges, led by Justice Iqbal Kalhoro.

PTI leader’s lawyer Malik Altaf Javed said that the court had restrained the anti-corruption police from the arrest of Haleem Adil Sheikh, “arrest has been contempt of the court,” the lawyer argued.

“The Sindh High Court had restrained the police from arresting the PTI leader in both ongoing inquiries,” according to the petition. “The case has been registered after his arrest”.

Officer Zeeshan Haider of the anti-corruption circle and other people have been added as respondents in the petition.

The anti-corruption establishment (ACE) team moved Haleem Adil Sheikh to Karachi and filed a land case against him. The ACE team moved him on Wednesday to the Aziz Bhatti police station in Karachi. The Malir land case was filed against him by the ACE.

The Aziz Bhatti police station was crowded with PTI employees and lawmakers, including Raja Azhar, Saeed Afridi, and Rabistan Khan.

Haleem was arrested from Jamshoro Toll Plaza as he was returning from a hearing. No details of the case were shared by the officers with the PTI leader. “We do not know in which case he was wanted,” Sheikh’s spokesperson said while talking to reporters.

He further said Sheikh was already on bail in a case related to 60 acres of land in Jamshoro. “It seems like a new case,” he said. The PTI leaders in the Sindh Assembly have called it a “case of political victimization”. Condemning the arrest, MPA Bilal Ghaffar demanded the immediate release of the opposition leader. He said the government had taken revenge for its defeat in Punjab. Former Sindh governor Imran Ismail, Khurram Sher Zaman and others also demanded the immediate release of Sheikh.

It is pertinent to note that on July 15, the Sindh High Court restrained the anti-corruption department from taking action against Sheikh on a petition pertaining to pending inquiries and harassment. Earlier this month, after an anti-corruption unit from Karachi, detained Sheikh in Lahore, the Lahore High Court declared Sheikh’s arrest illegal and ordered his release, granting the PTI lawmaker protective bail till July 18.