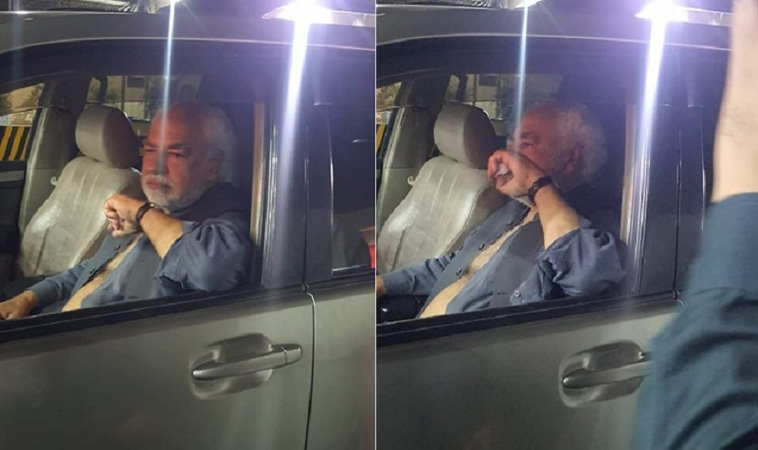 Amir was leaving the office of a private TV channel located at Lahore’s Abbott Road when unidentified men attacked him. The assailants also snatched his wallet and mobile phone.

A visibly distressed Amir, with bruises on his face, said his car was intercepted by a vehicle as he left his office after recording his television show. “A man wearing a face mask emerging from the vehicle and collared my driver. “As I questioned the man, a couple of other men also arrived by my side, opened the door of my car and unleashed blows on my face, and dragged me out of the vehicle,” Amir said. He said the men also resorted to assaulting him on the road. Since it was a crowded road, people began gathering, he said, adding that the attackers then made off with his mobile phone and wallet. Pictures circulating on Twitter showed the journalist sitting in a car with his shirt torn.

As soon as the incident was reported, a Punjab Police spokesperson said that the inspector-general has summoned a report of the incident from the capital city police officer. The IG directed the CCPO to utilise the safe city cameras to identify the culprits and ensure their arrest. Prime Minister Shehbaz Sharif also condemned the incident and ordered Punjab Chief Minister Hamza Shehbaz to hold a high-level investigation.

“Suspects should be brought before the law as soon as possible. Journalism and protection of journalists should be ensured,” said PM Shehbaz. PTI Chairman Imran Khan also condemned the attack in “strongest terms” in a statement released on Twitter.

“Pakistan descending into the worst kind of fascism with violence and fake FIRs against journalists, opposition politicians, citizens. When the state loses all moral authority it resorts to violence,” claimed the former prime minister. The incident comes just a day after Amir delivered a speech at a seminar, which was also attended by PTI Chairman Imran Khan, organised by the Islamabad High Court Bar Association on the topic ‘Regime Change and its Fallout on Pakistan’. In his speech, parts of which went viral on social media and were widely shared by senior journalists as well, Amir criticised the role of the country’s military establishment while also pointing out mistakes committed by Imran Khan during his reign as the country’s prime minister.