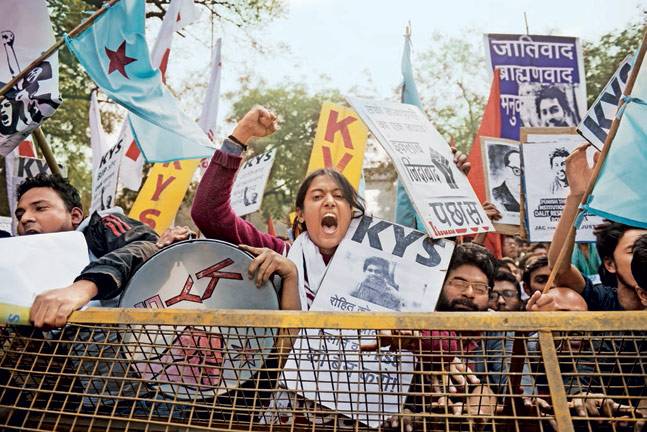 NEW YORK: The Committee to Protect Journalists (CPJ), an independent watchdog body, has called on Indian authorities to “immediately and unconditionally” release journalist Mohammad Zubair, who was arrested by security officials on Monday, and to cease harassing him in the retaliation for his work.

“The arrest of journalist Mohammad Zubair marks another low for press freedom in India, where the government has created a hostile and unsafe environment for members of the press reporting on sectarian issues,” Steven Butler, CPJ’s Asia programme coordinator, in Washington, D.C., said in a statement.

“Authorities must immediately and unconditionally release Zubair, and allow him to pursue his journalistic work without further interference,” Butler added.

Officers with the Intelligence Fusion and Strategic Operations unit of the Delhi police on Monday picked up Zubair, co-founder of the fact-checking website Alt News, after summoning him for questioning, according to multiple news reports and a tweet by Alt News co-founder Pratik Sinha.

Sinha wrote that Zubair had been summoned for questioning in relation to a 2020 criminal investigation over his social media posts, for which he was already granted protection from arrest by the Delhi High Court.

When Zubair responded to that summons, officers arrested him in relation to a criminal investigation opened earlier this month following a post about Zubair by an anonymous Twitter user with the account @balajikijaiin, according to those news reports.

Police accuse Zubair of promoting enmity between different groups and committing malicious acts intended to outrage religious feelings, those reports said; if charged and convicted, he could face up to three years of prison and a fine for each offense, according to the Indian penal code.

The @balajikijaiin account features a profile photo of the Hindu god Hanuman; its most recent tweet was on June 19, in which it reposted a 2018 tweet by Zubair commenting on a hotel changing its name from “Honeymoon Hotel” to “Hanuman Hotel” after the ruling Hindu right-wing Bharatiya Janata Party came to power.

In its June 19 tweet, @balajikijaiin tagged the Delhi Police, called Zubair’s comment a “direct insult of Hindus,” and asked the police to “kindly take action against this guy.”

Zubair, a Muslim, has repeatedly been targeted in criminal cases in retaliation for his posts on Twitter, where he has about 550,000 followers and which he uses for journalistic work.

Police in the Sitapur district of Uttar Pradesh opened a criminal investigation into Zubair on June 3 after he tweeted that three right-wing Hindu activists were “hate mongers,” as CPJ documented at the time. On June 10, the Allahabad High Court refused to dismiss that case, according to news reports.

Uttar Pradesh police also opened a criminal investigation into Zubair in June 2021 over his social media posts about a video depicting a group of Hindu men beating an elderly Muslim man.

Sinha did not immediately respond to CPJ’s calls and WhatsApp messages requesting comment, it was pointed out. CPJ was unable to contact @balajikijaiin on Twitter, as the account had disabled its direct messages function.

CPJ’s 2021 annual prison census found that seven journalists were detained in India and in occupied Jammu and Kashmir as of December 1, 2021, setting the country’s record for the highest number of detained journalists since at least 1992.