Director Amin Iqbal is as versatile as they come

* A story that is full of drama and romance, 'Rehbra' is Amin Iqbal's venture onto the silver screen that seems to be making all the news! 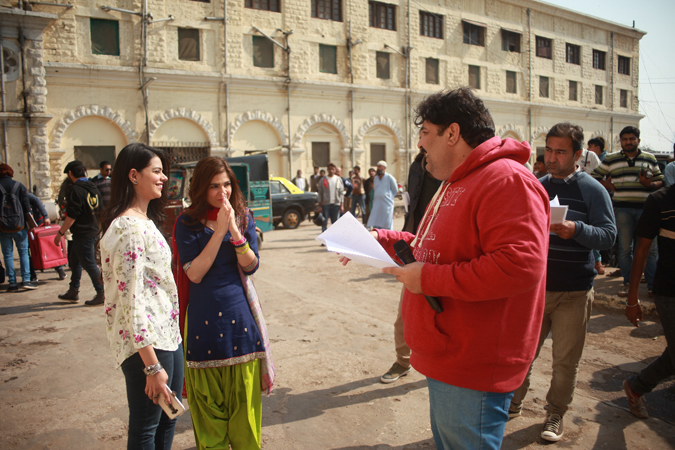 With the rise of Pakistan’s entertainment industry, it has brought forward talented names under the spotlight who have helped shaped it into a successful venture with millions of fans. Amidst the growth, one such name, whose television shows and projects have made major buzz is director, Amin Iqbal – who continues to chart the waves of success!

From making hit television dramas that have won him critical acclaim to now venturing into film with his latest offering, Rehbra, Amin Iqbal has proven his mettle time and again. Which other projects makes him someone on our spotlight? We explore.

‘REHBRA’ — a story that is full of drama and romance, Rehbra is Amin Iqbal’s venture onto the silver screen that seems to be making all the news! Starring Ahsan Khan and Ayesha Omar, the film brings forth the director’s strong approach towards narratives and his brilliant aesthetics in direction that make Rehbra his magnum opus.

‘ISHQ-E-LAA’ — one of the most critically acclaimed television dramas of recent times to release, Ishq e Laa has revolutionised storytelling on the television screen. It was through the brilliant direction of Amin Iqbal that gave life to the show in so many ways. The narrative that was driven by diverse ambitions, perfectly showed the life of three individuals from various socio-economic backgrounds who find their lives intertwined as fate plays a sly game.

‘THAKAN’ — one of the classics to hit Hum TV, Thakan became one of the most successful shows in Saba Qamar’s career – all thanks to the brilliance of Amin Iqbal. The drama proved that Amin could quite intricately explore the life of a young woman, who spends all of her life sacrificing her hopes and dreams for the sake of her family. It not only was poignant but proved the director’s skillset to make actors bring their best out.

‘TERI RAH MEIN RUL GAI’ — a melodramatic approach to storytelling, Teri Rah Mein Rul Gai proved to be one of the most popular shows directed by Amin Iqbal. The drama not only showcased how strong the director is when it comes to his repertoire, but also proved that he is one of the star-makers in the industry. Be it Sami Khan or Samiya Mumtaz, the show made them even bigger stars!

‘DUSHMAN-E-JAAN’ — getting into the world of crime thrillers, Amin Iqbal showcased even more versatility with his craft with Dushman e Jaan. Exploring the story of Ramsha, a woman from a middle-class household, strives endlessly to make ends meet. However, her life topples over when she crosses paths with Hatim, an elite man filled with prejudices. Directing stars like Mohib Mirza, Madiha Imam and Tooba Siddiqui, the show became a big success overnight!

‘DEEDAN’ — a show that proved that Amin Iqbal is a grandmaster of selecting stories of women worth telling, Deedan was truly a critic’s favourite. Exploring the story of two friends from a rural village, where one girl serendipitously finds fortune in the big city in spite being under the thumb of her husband, while the other is forced to remain in the mountains in a warped family situation, it proved Amin’s skill to make brilliant narratives come to life on the small screen.

‘MANNAT’ — another one of Amin Iqbal’s ventures into mystery and thrillers, Mannat came forward as a drama serial that put forward Rabab Hashim as an ever-bigger star. Amin not only directed the actress to perfection but also proved that he is a strong name to consider when it comes to directing shows that could range from melodrama to mystery!

Now with ‘Rehbra’ out in cinemas, we will soon see how this director fares in the realm of the big screen as well. Whatever may be the result, Amin iqbal is here to stay!