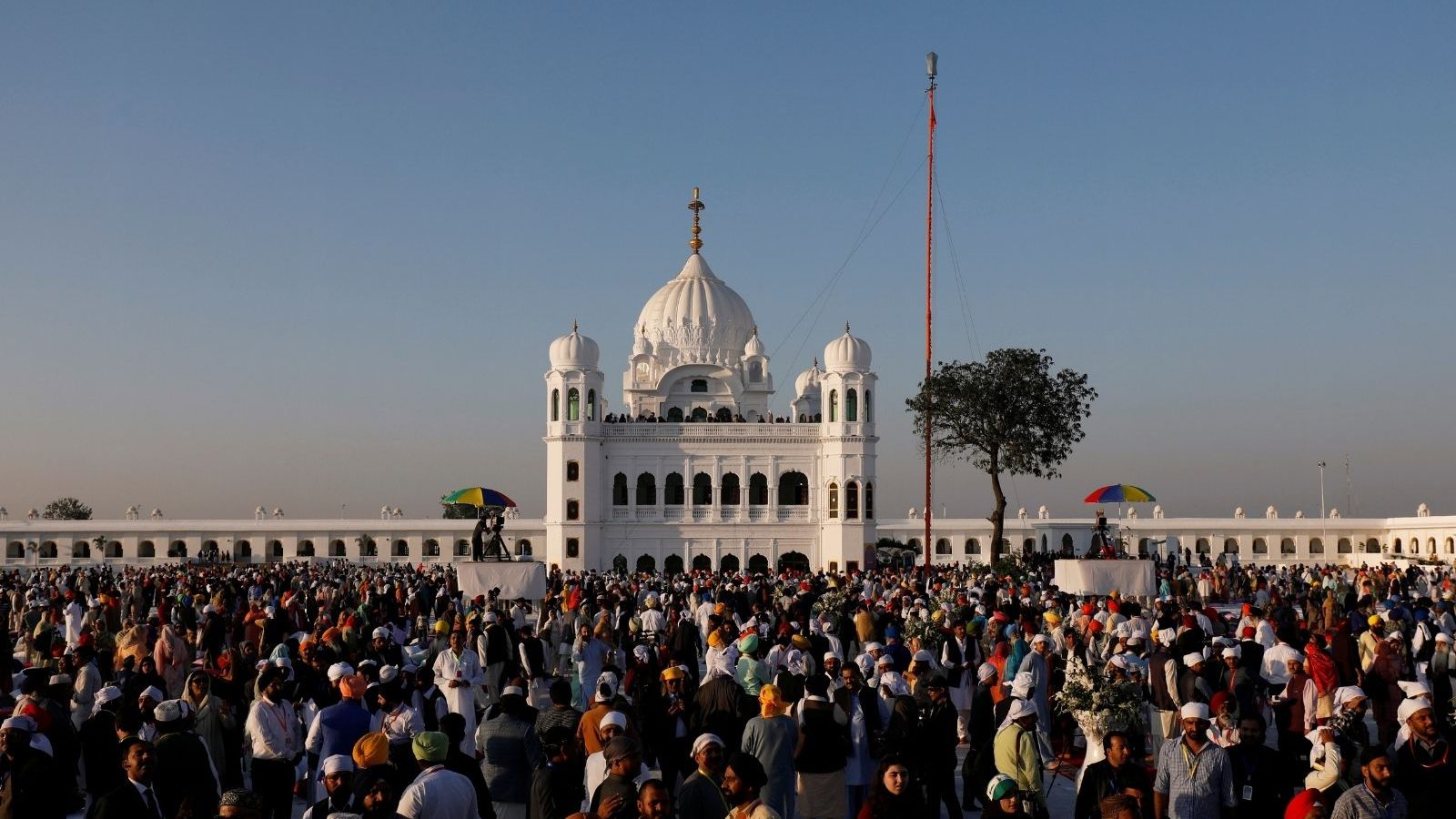 LAHORE: A delegation of 133 Sikh yatrees reached Darbar Sahib Kartarpur from Nanakana Sahib to perform rituals and pay their respects at the resting place of the founder of Sikh religion Dev Ji Guru Nanak.

A sumptuous ‘langar’ (communal free kitchen) awaited the yatrees where they were served different dishes. A medical camp has also been set up for the visitors. The Sikh yatrees will spend a night at the Darbar Sahib Kartarpur and travel to Rohri Sahib, Aimanabad (Gujranwala) tomorrow. Their next destination will be Lahore where they will attend Jorr Mela.

A group of 144 Indian Sikh yatrees is on a 10-day pilgrimage to Pakistan during which they stayed at Hassan Abdal and Nankana Sahib for three days each and performed Akhand Paath rituals. They will stay in Lahore for three days on the last part of their pilgrimage and attend Jorr Mela – which marks the death anniversary of Guru Arjun Dev Ji – on June 16 (Thursday). Some yatrees have already reached Lahore to perform Akhand Paath rituals.

The Sikh yatrees had reached Pakistan via Wagha Border on June 8. Sardar Gopal Singh, Chairman Punjab Sikh Sangat, Nankana Sahib told that Guru Arjun Dev Ji is the fifth Guru of Sikhs and laid the foundation of the Golden Temple in Amritsar (India), and was a close friend of Muslim Saint Hazrat Mian Mir.

He said the fifth Guru of the Sikhs was executed during the reign of Mughal emperor Jahangir in 1606. Sardar Fateh Singh, Group leader of the male delegation told they were obliged for the hospitality extended to them in all parts of the country, adding that they have been welcomed with open arms everywhere they went during their yatra (pilgrimage).

Darshan Kaur, leading female Sikh Yatrees, thanked the Pakistan government for providing them the best facilities during their stay in the country. She made a special mention of the security provided to the Indian Sikh yatrees, adding that the security personnel ensured their safety and remained standing in the searing sun. Kaur said she had been visiting Pakistan since 2011 and she found Pakistanis loving, hospitable,  and caring.

She also hailed the government for looking after the religious sites of the Sikhs in Pakistan, adding that Gurdwara Sahib Kartarpur also provided an opportunity to perform the rites from the India side through a binocular if they cannot get a visa to pay homage at the Darbar Sahib.

Gurvinder Singh Sethi, a US-Indian Sikh from Maryland, hailed Pakistani government and the people for their love and hospitality. He also condemned the treatment of minorities in India, adding that no religion allows vilification of others and all religions should be respected without any discrimination.