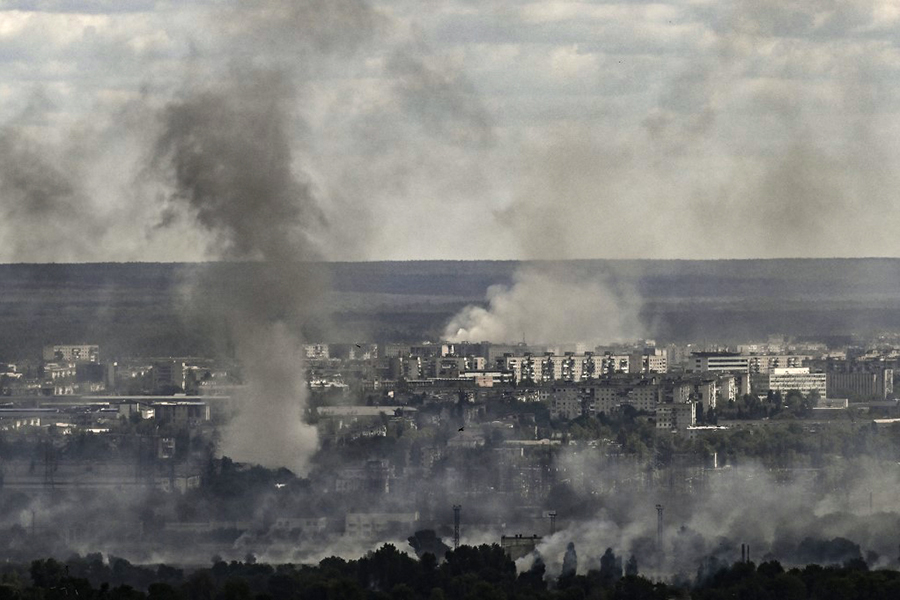 Lysychansk, Ukraine: Ukrainian soldiers in Severodonetsk are fighting “one of the most difficult” battles against Russian troops since the start of the war, President Volodymyr Zelensky said, adding the fate of the whole Donbas region rests in the eastern city.

Moscow’s forces are concentrating their firepower on the strategically important industrial hub as part of efforts to capture a swathe of eastern Ukraine.

After days of raging street battles, Ukrainian officials conceded that Russian troops control a large part of Severodonetsk, and that their forces might have to pull back due to constant shelling.

In his evening address to the nation, Zelensky said the battle for the city was “very fierce… very difficult. Probably one of the most difficult throughout this war.

“In many ways, the fate of our Donbas is being decided there.”

After being repelled from Kyiv and other parts of Ukraine following their February invasion, Russian President Vladimir Putin’s troops have refocused their offensive on the Donbas region, comprising Lugansk and Donetsk.

The cities of Severodonetsk and Lysychansk, which are separated by a river, were the last areas still under Ukrainian control in Lugansk.

Lysychansk is still in Ukrainian hands but under fierce Russian bombardment.

At the United Nations, Secretary-General Antonio Guterres added his voice to increasingly dire warnings about the conflict’s impact.

“For people around the world, the war is threatening to unleash an unprecedented wave of hunger and destitution, leaving social and economic chaos in its wake,” he said.