At UN, Pakistan calls for steps for better protection of civilians in armed conflicts 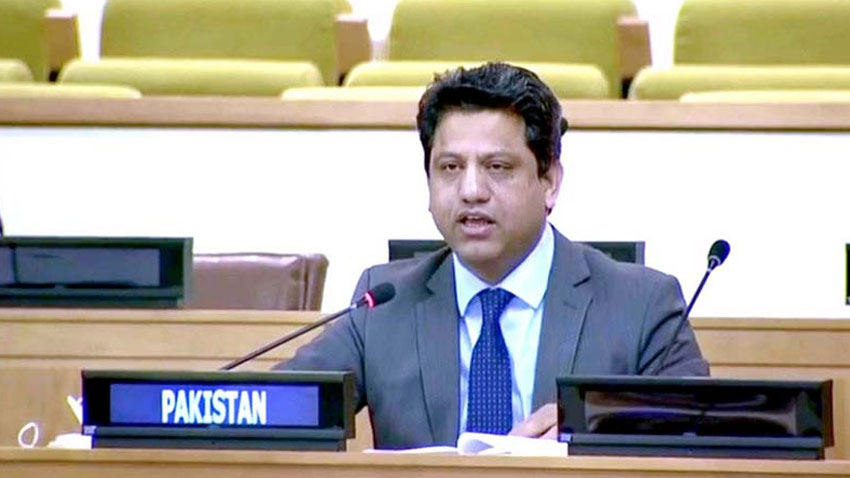 UNITED NATIONS: Pakistan has called on the United Nations to do more to ensure the protection of innocent people as the UN peacekeepers strive to keep peace in the conflicts raging around the world.

“We strongly feel that the safety and security of civilians must be prioritised in decision-making regarding the allocation, deployment and use of available mission capacity and resources,” Ambassador Aamir Khan, Deputy Permanent Representative of Pakistan to the United Nations, told a UN panel on Friday.

Unless that was done, not only the civilians but also the peacekeepers would be put in harm’s way, and the peacekeeping missions would be unable to effectively, prevent, stop, or mitigate the threats, he said in his remarks delivered virtually to a side-event on the margins of Security Council debate on ‘Protection of Civilians in Armed Conflict.

The most effective way of protecting civilians, Aamir Khan said, was to ensure stability, peace and security through inclusive and political processes and sustainable solutions to conflict, especially by supporting host states to fulfil their responsibility in that regard.

However, he emphasised, the primary responsibility to protect civilians was of the host authorities.

“The UN peacekeeping operations must be deployed to assist host states in discharging their responsibility guided by three interrelated and mutually reinforcing principles – consent of the parties, impartiality, and non-use of force, except in self-defence,” the Pakistani envoy said.

Secondly, he said, the mandate must also take into account the safety and security of peacekeepers because they were operating in a complex and dangerous environment.

Since 1960, Aamir Khan said, Pakistan had committed over 200,000 of its men and women peacekeepers with “honour and valour” in 46 peacekeeping missions across various continents, and pointed out that six Pakistani peacekeepers were martyred recently in a helicopter crash in Democratic Republic of Congo (DRC).

The Pakistani envoy also emphasised the importance of addressing the failures of the armed and control structures during the protection of civilian action, ensuring evacuation of casualties of both civilians and peacekeepers from the scene and initiating prompt and impartial investigation whenever a mishap occurred.