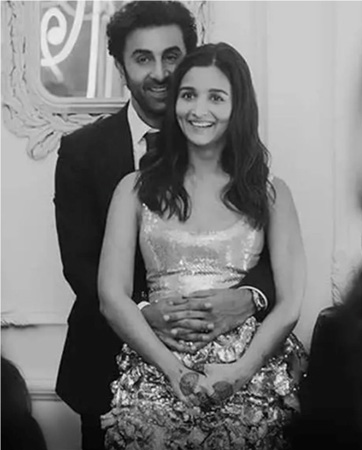 Alia Bhatt, Ranbir Kapoor, who got married on April 14 in front of closed ones, celebrate their one-month anniversary today.

Taking to Instagram, the Gangubai Kathiawadi actress has recently treated her fans with much-loved unseen photos from her post-wedding festivity with her husband Ranbir, which spoke of love and jubilation.

Sharing the post, the Gully boy actress added balloon, dancing and cake emoticons in the caption.

The post went viral after the diva shared photos on her social media, garnering approxi-mately two million likes till the story was filed.

Fans and friends showered their love to the couple, calling them, “best couple in the world”, “cute couple” and “Romeo and Juliet” in the comment section.

Meanwhile, fans are eagerly waiting for the couple to spread their magic onscreen in their movie Brahmastra that is slated to release in September this year.