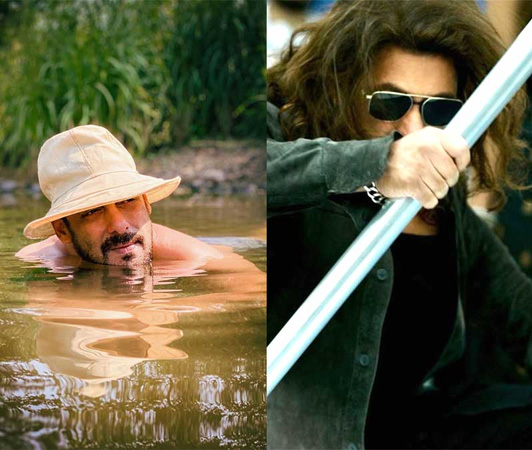 Bollywood megastar Salman Khan has treated his fans with a surprise announcement about his upcoming film Kabhi Eid Kabhi Diwali.

The Dabangg actor unveiled his first look from the upcoming flick on social media and fans cannot stop gushing over his latest avatar.

Taking to his Instagram handle on Saturday, the Sultan actor posted his picture from the film and revealed that he is all set to kick start the shoot in Mumbai.

In the shared picture, the Veer actor looked fierce in an all-black ensemble and sported messy long hair. Holding a metal rod in his hand, Salman seems all ready to give anoth-er power-packed performance.

“Shooting commences for my new film,” he captioned his post.

Fans also praised Salman for donning a different look. “Bhai is back,” wrote one fan. Another commented, “We can’t wait for your return bhai.” Many others dropped fire and heart icons in the comments section. On May 13, the film’s shoot commenced at a special set in Vile Parle, Mumbai.