Is MQM-P the Sole Representative of Urban Sindh? — Part III

The ruling Pakistan People’s Party has signed a separate agreement with the MQM-P on the erroneous assumption that the latter is the sole representative of the Urban Sindh recognizing it as an equal stakeholder in Sindh. This land is historically owned, loved and cherished as a common home by all the people except the MQM which has always treated it as an “evacuee property” and relentlessly endeavoured to divide it into two parts for the so-called progeny of the makers of Pakistan. A fascist political group with secessionist designs cannot be an equal stakeholder in a land with historic geographical and territorial frontiers.

No community and no political or social entity is against the promotion of social and economic justice, fair play and harmony among the various segments of the population of a land. Discrimination against a group on an ethnic and linguistic basis should be an anathema to all. An ideal human society is identifiable on the touchstone of justice for all, equitable distribution of resources without distinction of colour, creed and ethnicity. The human endeavour, theoretically or practically, has been directed to construct society on the bedrock of these ideals and values. Justice in society breeds peace and harmony while injustice leads to disgruntlement, hatred and violence. No doubt we are far from a just society.

All over the civilized world, the basic principle is that all the ethnocultural communities living in a land historically or migrating and taking residence in it by will or as a result of any political, economic or natural upheaval should, by practice and conviction, prove their bona fide loyalty to it. Sindh has been a generous land embracing and assimilating all immigrants – may they be Syeds, Persians, Pathan, Duranis, Barakzais, Mughals, Mirzas, Begs, Baloch, Brohis etc. – just to name a few. These ethnocultural communities today are indistinguishable from the indigenous population. Unfortunately, this did not happen in the case of immigrants from India. The process of their assimilation in the Punjab, KPK and Balochistan was consummated within two decades of the independence. Today, they are indistinguishable from the indigenous populations and speak the local languages and dialects perfectly.

No community and no political or social entity is against the promotion of social and economic justice, fair play and harmony.

Why the process of their assimilation into Sindh didn’t go smoothly. The Mohajirs have to blame their leaders instead of the Sindhis for this anomaly. The MQM compounded this situation by resorting to fascist and terrorist recourse causing mayhems one after the other in the megacities of the land from 1988 to 2016. Earlier, their seniors resisted the restoration of the Sindhi language to its pre-partition position. The PPP has a bitter experience with its political alliance with this ethnic political group and should have shown more caution and prudence in signing another agreement with it when it has lost its electoral and organizational strength.

Signing agreements with this ethnic-based political group and recognizing it as the sole representative of the urban Sindh is tantamount to the tacit rather than explicit recognition of the misplaced concept of the divisibility of Sindh on an ethnic basis. The supremo of the PPP takes pride in being the guarantor for the implementation of both agreements signed with MQM-P by the PML(N) and PPP. Have the people of Sindh given you, Mr Zardari, the mandate to barter away Sindh for a few votes.

I am going to examine only articles 3, 5 and 6 of the agreement signed by the PPP with this ethnic political group. These articles relate to the issuance of fake domiciles to be investigated and cancelled by a joint commission; the appointment of officials from the Basic Pay Scale of 1 to 15 on the basis of local representation and the introduction of local policing to address the lawlessness and street crimes, respectively. At the face value, these articles look very innocuous and harmless. But if one examines them deeply pulling one layer of the veil after the other, the real designs of the authors become clear.

Does MQM-P have any interest in the fake domiciles unfortunately issued from all the other districts of Sindh except for the districts of Karachi? I pose this innocent question to the stalwarts of PPP. The answer is absolutely not. We also demand that all the fake domiciles issued to outsiders from all over Sindh including Karachi and Hyderabad should be investigated and cancelled. This is the foremost constitutional duty of the Government of Sindh. Surely, what the MQM means by the fake domiciles are the domiciles issued from Karachi to original Sindhis or those settled in the city for decades. They have already knocked on the door of the Sindh High Court against such domiciles. Many Sindhi social organizations have become party to it. The last hearing of the case was on 19 April 2022. The cancellation of these domiciles by administrative orders will have catastrophic consequences for the Sindhis of Karachi.

There is no concept or principle of local representation in recruitment for the lower posts. The recruitments are made based on qualification, competition and merit. The citizens of Sindh from all over the land have the legal and constitutional right to take employment and do business anywhere in their province if convenient to them. No one can deny them this right on the fallacious ground of local representation. This article paves the way for the en mass recruitment of MQM workers in the megacity. They have done it in the past.

What is the definition of local policing? Would it be a new force recruited from among the residents of the megacity (read MQM workers) or will it be an odd mélange of new recruitments and deputations from the existing Sindh police? Who will control this new force – IG Police or the Mayor? All megacities of the world have local policing controlled by Mayors. But those societies don’t have fascist political groups harbouring secessionist designs and remaining in perpetual war with other ethnic communities.

The PPP administration has no capacity to ensure the safety of the indigenous residents of the Metropolis if history is any guide.

The author was a member of the Foreign Service of Pakistan and he has authored two books. 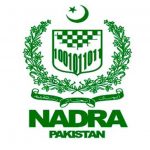