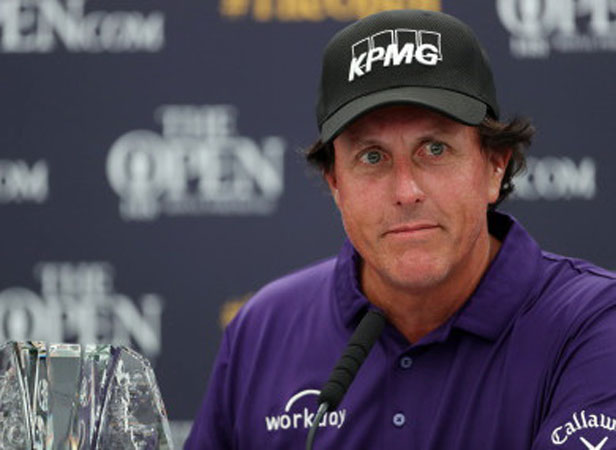 NEW YORK: Phil Mickelson HAS requested a release from the PGA Tour to play in the Saudi-backed golf league opener, the LIV Golf Invitational Series
event in June.

The six-time major winner has also registered for May’s US PGA Championship at Southern Hills – where he will be the defending champion – and the US Open at Brookline, which takes place the week after the first LIV Golf event at Centurion Club outside London. Mickelson has been taking a break from golf since the fall-out from his explosive comments about the PGA Tour and the Saudi-backed breakaway spearheaded by Greg Norman. Mickelson accused the PGA Tour of “obnoxious greed” and acting like a “dictatorship”, while the 51-year-old admitted he was well aware of Saudi Arabia’s human rights record but was using the threat of a breakaway to “reshape” how the Tour operates.

The left-hander’s agent, Steve Loy, released a statement on Monday which read: “Our client Phil Mickelson is officially registered to play in the PGA Championship as well as the US Open. “We have also filed a request on his behalf for a release to play in the first LIV Golf Invitational in London, 9-11 June. This request complies with the deadline of 25 April set forth by the PGA Tour to compete in a conflicting tour event. “Phil currently has no concrete plans on when and where he will play. Any actions taken are in no way a reflection of a final decision made, but rather to keep all options open.”