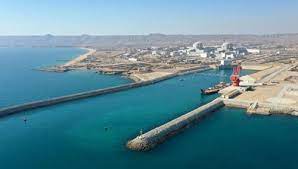 Marking the completion of China’s Hualong One project in the overseas market, the operation of the plant has further enhanced the confidence for Hualong One in countries and regions participating in the Belt and Road Initiative, China Daily reported.

Constructed by the China Zhongyuan Engineering Corp, a subsidiary under CNNC, the K-2 and K-3 units of the Karachi plant illustrated the strategic partnership between China and Pakistan with its stable, green, and low-carbon energy supplies to Pakistan, CNNC said.

Put into operation in May, the K-2 unit is the first overseas nuclear power unit to use Hualong One.

Each Hualong One unit generates approximately 9 billion kilowatt-hours of electricity per year, meeting the annual electricity demands of more than 4 million households in Pakistan. This is equivalent to reducing standard coal consumption by 3.12 million metric tons, cutting carbon dioxide emissions by 8.16 million tons, or planting more than 70 million trees, the company said.

The construction of the projects has boosted the development of Pakistan’s economy and relevant Pakistani industries, while it also constitutes a significant part of Pakistan’s efforts to optimize its energy mix, and its global effort to achieve carbon peak and carbon neutrality, and address climate change, it added.

After years of development, China has risen from a novice to a pioneer in the global nuclear power industry, experts said.

Wei Hanyang, a power market analyst at Bloomberg New Energy Finance, said China has been moving away from imports of nuclear power technology in recent years to the acceleration of local adoption, which in turn will help export Hualong One to more countries.

“The construction of the Karachi Nuclear Power Plant has witnessed the ever-deepening of the strategic cooperation between China and Pakistan, serving as a model for global nuclear cooperation,” said Gu Jun, general manager of CNNC.

The project has helped boost the nuclear industry in Pakistan while playing a key role in improving local livelihoods and green energy transition, Gu said.