* An old interview, that has recently resurfaced, showed Shahrukh sitting down for a conversation with Farida Jalal, with whom he has worked together in 'DDLJ' 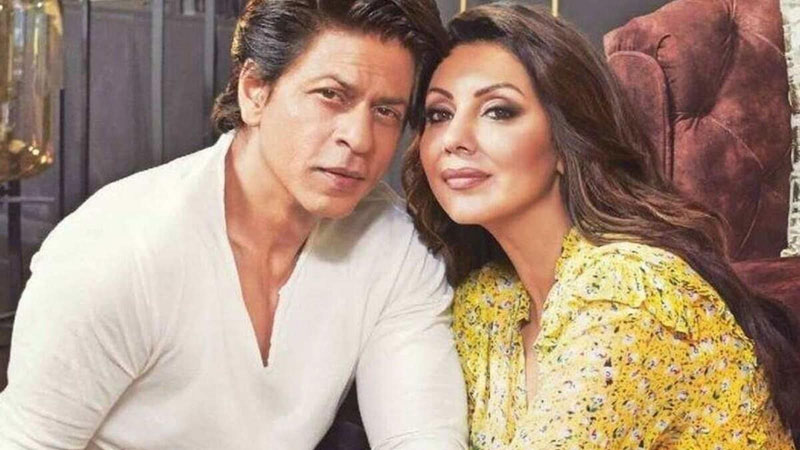 Shah Rukh Khan and Gauri Khan are one of the most famous couples in Bollywood. They, who initially faced opposition from her family about tying the knot, celebrated three decades of their marriage last year. Shah Rukh has often opened up about his life with Gauri Khan in his interviews. In one such interview from the 90s, Shah Rukh revealed that his lazy Sundays start with waking up to his wife scolding him.

An old interview, that has recently resurfaced, showed Shah Rukh sitting down for a conversation with Farida Jalal, with whom he has worked together in Dilwale Dulhania Le Jaayenge, Kuch Kuch Hota Hai and several other films. In the interview, Farida asked Shah Rukh to give details of what a typical off-day with his family looks like. In response, Shah Rukh said, “It’s a Sunday, I sleep very late in the night so I get up late in the morning. The first thing I hear as soon as I get up is a scolding from my wife, about how much I’ve worked for the past six days and that I’ve barely been home, and that I have not given her any attention.”

He added, “When I tell her, ‘look Gauri, I’m very tired,’ she just says, ‘Nothing! I don’t want to hear anything.’ When she stops scolding me, I look at her with very dreamy eyes and tell her that ‘you are looking very beautiful today.’ As soon as I say that, she also says that ‘you also look very tired today.’ After that I’m king, I don’t shower at all on Sundays. I stay in bed, have Thums Up, chips. The TV is turned on, I watch a film.”

Shah Rukh said that the next part of his Sunday involves giving a bath to his dog Chewbecca and taking out her tics. After this, he is joined by his friends at his home in the afternoon, and they play board games like Balderdash, Pictionary, and Articulate until the evening. However, his off day ends with a movie night with his wife. He said, “In the evening, we go out somewhere, normally to a discotheque, or dancing place, because meri biwi ko nachna bahot accha lagta hai, apart from the fact that mujhko bahot nachati hai apne ishaaro pe. Then at night, we just watch a film together, and go to sleep, just me and my wife.”

Shah Rukh first met Gauri when she was only 14-years-old, while he was 18. They dated for years before tying the knot in a traditional Hindu wedding ceremony in 1991. They have three children–sons Aryan and Abram, and daughter Suhana.

Shah Rukh was last seen in the 2018 film Zero, which also starred Katrina Kaif and Anushka Sharma. Pathaan, which is gearing up for a release on January 25 next year, will mark his first film in five years. The film, which also features Deepika Padukone and John Abraham, will be released in Hindi, Tamil, and Telugu.