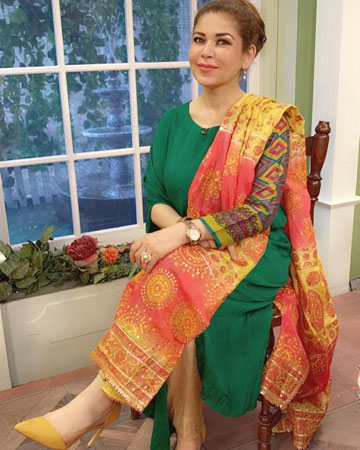 The Qaid-e-Tanhai star has turned into a dancing diva for her forthcoming film in which she plays a double role.

Earlier the Janaan star posted a video message and raised voice after US Embassy in Islamabad decided to check on Zahir Jaffer in Nooor Mukadam case.

Taking to Instagram, Mishi stated in a strict tone: “That’s it folks !!! The US embassy has gone and met that wretched #zahirjafferthekiller and say that the choice of lawyers will be theirs etc etc. So he will be also probably leaving like Raymond Davis after little drama & waste of time in courts etc. We all did our level best but in vain I guess. May Allah SWT give peace to that poor soul”

In a Twitter message, the US Embassy in Pakistan mentioned, “In a foreign country, US citizens are subject to that country’s laws.”

It added, “When Americans are arrested abroad, the Embassy can check on their well-being and provide a list of lawyers, but cannot provide legal advice, participate in court proceedings or effect their release.”

The US Embassy’s statement came after a US citizen Zahir Jaffer was arrested on accusation of brutally murdering Noor Mukadam in Islamabad.