Yami receives love from audience for brilliant performance in ‘Dasvi’ 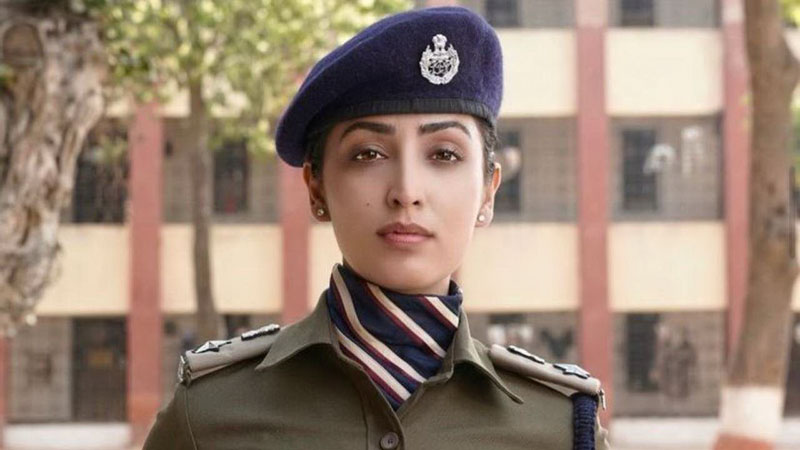 It seems like Yami Gautam Dhar is all on fire as after giving a chartbuster performance in ‘A Thursday, the actress is winning the hearts of the audience in her recently released ‘Dasvi’.

The actress in the character of an IPS Officer Jyoti Deswal in ‘Dasvi’ has presented yet another acting spectacle in a row.

‘Dasvi’ has been released on the OTT platform and is well equipped with a lot of excellent performers like Abhishek Bachchan and Nimrat Kaur in prominent roles other than Yami. While the actress has been garnering a lot of love from her family and friends, now the rage of her acting spectacle has started winning the hearts of the audience too.

While the fans couldn’t stop praising her for her strong character, here are the reactions:

A fan couldn’t stop praising the way, Yami has portrayed the character of an IPS Officer as it says, “This is where @yamigautam steals the show. Hats off to you. No doubt #AbhishekBachchan & #NimratKaur were great but I feel #YamiGautam as an IPS Officer Jyoti Deswal gave her best in #Dasvi . Review: /5 #Dasvi is worthy to watch. Do watch #DasviStreaming now.”

She also collected appreciation for the way she expertised the Haryanvi accent as a fan said “Watched #Dasvi this is an important topic… Great Movie… @yamigautam is back in a strong character once again..u r just FABULOUS ma’am..n ur hariyanvi Accent is too too good I just love it.. @juniorbachchan Great performance…@JioCinema”

The fans feel immensely proud to see Yami delivering a strong message with her character and the film as they wrote, “Angel with an important message to our society @yamigautam #Dasvi #Jyotideswal Proud of You.” Moreover, the audience is also loving the pairing of Yami and Abhishek Bachchan as they mentioned, “#dasvi movie telling measege very useful to people’s @juniorbachchan & @yamigautam pairing is wonderful. Both performances is very amazing guys Congratulations Going to watch this film and enjoy your day #Dasvireview #YamiGautam #AbhishekBachchan”