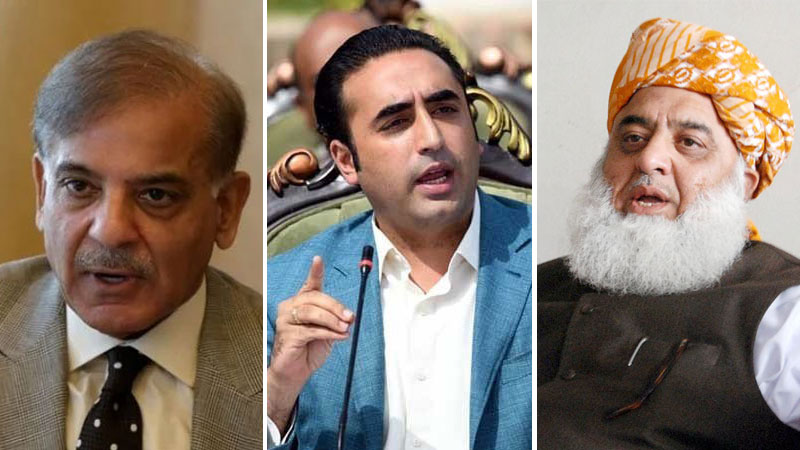 Leader of the Opposition in the National Assembly and Pakistan Muslim League Nawaz (PML-N), President Shehbaz Sharif on Thursday welcomed the Supreme Court’s decision terming it as ‘savior’ of the constitution.

The top court on Thursday restored the National Assembly after it declared the government’s decision to dissolve the assembly and NA Deputy Speaker Qasim Suri’s ruling against the Constitution.

“The Supreme Court’s verdict is in line with the expectations of the masses as it will further strengthen the Parliament and its supremacy,” he said while talking to media after the verdict. “We are grateful to the Supreme Court on this unanimous decision. The top court has restored the constitution and its sanctity through this decision.”

President of Pakistan Democratic Movement (PDM) Maulana Fazl-ur-Rehman congratulated the whole nation on the verdict of the top court. “I urge the nation to observe ‘Youm-e-Tashakur’ to celebrate this victory on Friday and ask the people to pray for the country to come out of the ongoing economic crisis,” he said. “I congratulate the entire nation as it is the victory of every Pakistani, the constitution, democracy and judiciary,” he said.

Pakistan People’s Party (PPP) Chairman Bilawal Bhutto Zardari said this was the victory of the constitution. “Now the vote of no confidence will be held at last,” he said. He said PPP and the opposition has succeeded and recalled a famous English verse, ‘First they ignore you, then they mock you, then they fight you and then you win’. “Democracy is the best revenge and we hope to come up to the expectations of the people in future. I congratulate Pakistani nation and ask them to celebrate the victory of democracy,” he said.

In her reaction, PML-N Vice President Maryam Nawaz said the decision had buried the politics of those violating the Constitution.

Muttahida Qaumi Movement-Pakistan (MQM-P) Convener Khalid Maqbool Siddiqui said our confidence has increased on courts by this verdict. He was of the view that through top court’s decision all people will be considered equally loyal and patriot towards the country.

MNA Mohsin Dawar said what happened on April 3 was an attack on parliament and democracy. “The Supreme Court has given a historic decision by setting aside the deputy speaker’s ruling,” he said.

In its ruling, the apex court declared the NA deputy speaker’s ruling to be contrary to Constitution and the law and of no legal effect.