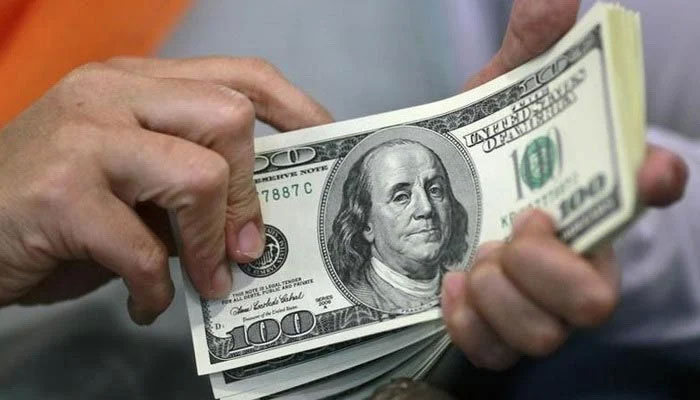 The foreign exchange reserves held by the State Bank of Pakistan (SBP) declined 6.04% on a weekly basis, according to data released by the State Bank of Pakistan (SBP) on Thursday. On April 1, the foreign currency reserves held by the SBP were recorded at $11,319.2 million, down $728 million compared with $12,047.3 million on March 25. According to the central bank, this decline reflects the repayment of debt. “Reserves decrease largely due to debt repayment and government payment pertaining to the settlement of an arbitration award related to a mining project,” the central bank said. Overall liquid foreign currency reserves held by the country, including net reserves held by banks other than the SBP, stood at $17,476.9 million. Net reserves held by banks amounted to $6,157.7 million. In the week ended August 27, 2021 the foreign exchange reserves held by the central bank soared to an all-time high of $20.15 billion after Pakistan received general allocation of Special Drawing Rights (SDRs) worth $2,751.8 million from the IMF on August 24. On March 30, 2021, Pakistan borrowed $2.5 billion through Eurobonds by offering lucrative interest rates to lenders aimed at building the foreign exchange reserves. It received the first loan tranche of $991.4 million from the IMF on July 9, 2019, which helped bolster the reserves. In late December 2019, the IMF released the second loan tranche of around $454 million. The reserves also jumped on account of $2.5 billion in inflows from China. In 2020, the SBP successfully made foreign debt repayment of over $1 billion on the maturity of Sukuk. In December 2019, the foreign exchange reserves surpassed the $10 billion mark owing to inflows from multilateral lenders including $1.3 billion from the Asian Development Bank (ADB). According to Arif Habib Limited, SBP reserves dropped to their lowest level since June 26, 2020.