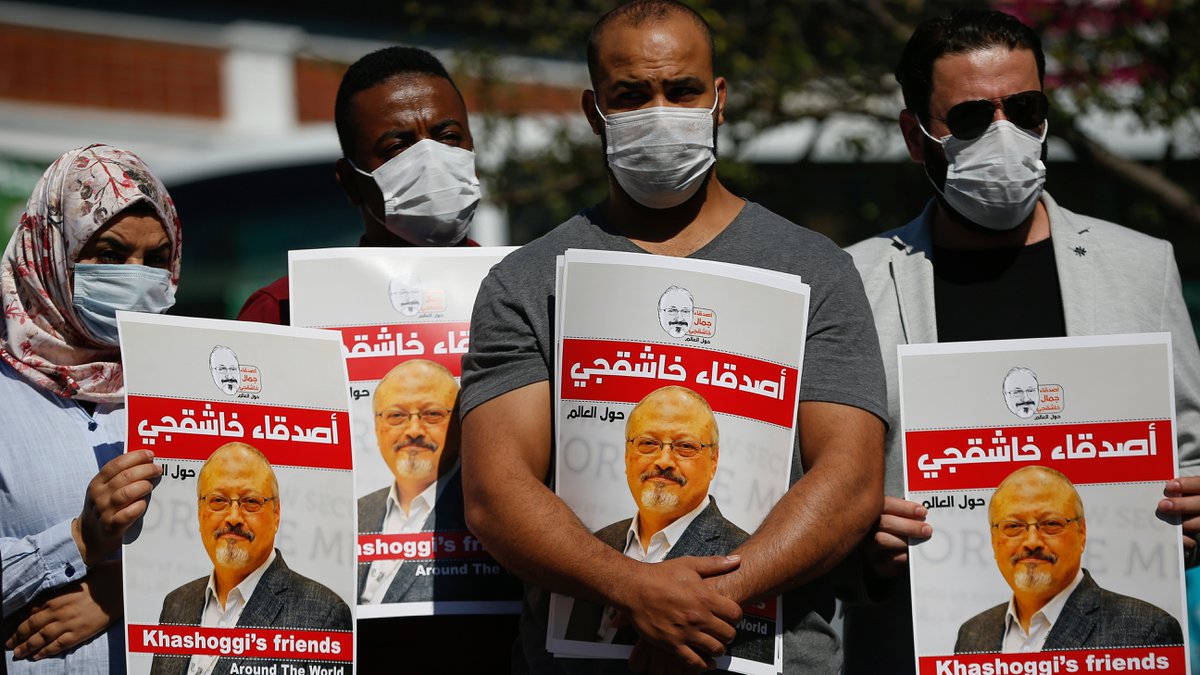 A Turkish court ruled on Thursday to suspend the trial in absentia of 26 Saudis accused in the gruesome killing of Washington Post columnist Jamal Khashoggi and for the case to be transferred to Saudi Arabia. The decision comes despite warnings from human rights groups that turning the case over to the kingdom would lead to a cover-up of the killing which has cast suspicion on Saudi Crown Prince Mohammed bin Salman.

It also comes as Turkey, which is in the throes of an economic downturn, has been trying to repair its troubled relationship with Saudi Arabia and an array of other countries in its region. Some media reports have claimed that Riyadh has made improved relations conditional on Turkey dropping the case against the Saudis.

Last week, the prosecutor in the case recommended that the case be transferred to the kingdom, arguing that the trial in Turkey would remain inconclusive. Turkey’s justice minister supported the recommendation, adding that the trial in Turkey would resume if the Turkish court is not satisfied with the outcome of proceedings in the kingdom. It was not clear, however, if Saudi Arabia, which has already put some of the defendants on trial behind a closed door, would open a new trial.

Human rights advocates had urged Turkey not to transfer the case to Saudi Arabia.

“By transferring the case of a murder that was committed on its territory, Turkey will be knowingly and willingly sending the case back into the hands of those who bare its responsibility,” said Amnesty International Secretary General Agnes Callamard. “Indeed, the Saudi system has repeatedly failed to cooperate with the Turkish prosecutor and it is clear that justice cannot be delivered by a Saudi court.”

“What has happened to Turkey’s declared commitment that justice must prevail for this gruesome murder and that this case would never become a pawn in political calculations and interest?” she asked.

The New York-based Human Rights Watch said: “Given the complete lack of judicial independence in Saudi Arabia, the role of the Saudi government in Khashoggi’s killing, its past attempts at obstructing justice, and a criminal justice system that fails to satisfy basic standards of fairness, chances of a fair trial for the Khashoggi case in Saudi Arabia are close to nil.”

Khashoggi, a US resident who wrote for the Washington Post, was killed on October 2, 2018, at the Saudi Consulate in Istanbul, where he had gone for an appointment to collect documents required for him to marry his Turkish fiancee, Hatice Cengiz. Turkish officials allege that Khashoggi, who wrote critically about the crown prince, was killed and then dismembered with a bone saw inside the consulate by a team of Saudi agents sent to Istanbul. The group included a forensic doctor, intelligence and security officers and individuals who worked for the crown prince’s office. Khashoggi’s remains have not been found.