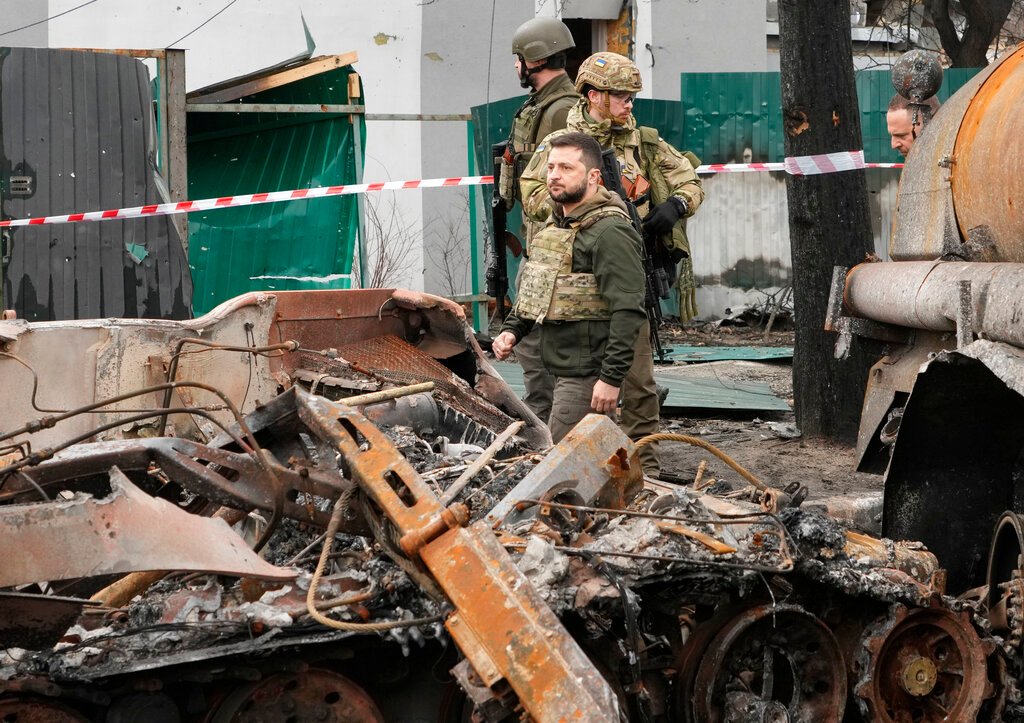 Russia is blocking humanitarian access to the besieged port city of Mariupol because it wants to hide evidence of “thousands” of people killed there, Ukrainian President Volodymyr Zelensky said on Wednesday.

“The reason why we cannot get into Mariupol with the humanitarian cargo is precisely because they are afraid… that the world will see what is going on there,” Zelensky told Turkey’s Haberturk TV.

“I think it’s a tragedy there, it’s hell, I know that it’s not tens, but thousands of people, different people, who have been killed there and thousands wounded,” Zelensky said.

However, he expressed confidence that Russia would not succeed in concealing all the evidence.

“They will not be able to hide all of this and bury all of these Ukrainians who died and who are injured. It’s just such a number, it’s thousands of people, it’s impossible to hide.”

Zelensky said that Russia had already attempted to conceal evidence of crimes in the town of Bucha outside of Kyiv and several nearby communities, where Ukrainian officials have accused Moscow of carrying out widespread killings of civilians.

“They burned families. Families. Yesterday we found again a new family: father, mother, two children. Little, little children, two. One was a little hand, you know,” Zelensky said. “That’s why I said ‘they are Nazis’.”

Asked about continuing peace talks with Russia, Zelensky said “they will have to take place anyway”. “I think it is difficult to stop this war without it,” Zelensky said.

But he added that he had a tough time bringing himself to continue talks with Moscow “because we understand who we are dealing with”.